The November 26, 2021 ‘violent’ protest that led to the indefinite closure of the University by the management of Adekunle Ajasin University, Akungba-Akoko, AAUA, there has been different misinformation and disinformation flying around.

Recently, an update was released which is gaining massive shares is about the Senate invitation of students to face the panel set up to look into the protest.

CLAIM:The claim contained in a circular in circulation in the early morning of Monday is that the listed AAUA students are expected to see the panel committee set up to look into the recent violent protest on the January 18, 2022.

The claim read in part, The following students have been invited to appear before the above-named committee as follows:

According to a FactCheck by AAUA INSIDER, the verdict says the circular in circulation is true.

POTENTIAL IMPACT OF THE CLAIM: The claim has been circulated and shared many times on Facebook, of which AAUA students are active members. Also, this claim was shared widely on WhatsApp as a broadcast message and it has received different responses from the student populace to assert whether the school authorities are behind it or not.

VERIFICATION: The Claim was confirmed to be true as the information was first seen in a group called “Connect with Sub-Dean” and it was shared by the sub-dean Dr Sunny Alli. The Student Union leaders confirm the development saying the list is true and urged students on the list to appear on the said date.

Looking at the circular, It was signed by the Secretary of the Committee on Recent Students Violent Protest, Mr T.I Salami.

After a phone conversation with Professor Akanbi, Dean of Students Affairs, he said the list is very true and it is from the school.

“The Senate have given the greenlight to the committee to carry out their duty and if there is any list circulating online that is signed then it is from the committee. Students should not panic and cause unnecessary harm as long as you are not invited but urged the affected students to appear on the said date to defend themselves if possible”

VERDICT: From available information provided by verifiable sources, It is without a doubt that the circular received this Monday  morning is from the school authorities. And all the claims circulating are True and Correct. 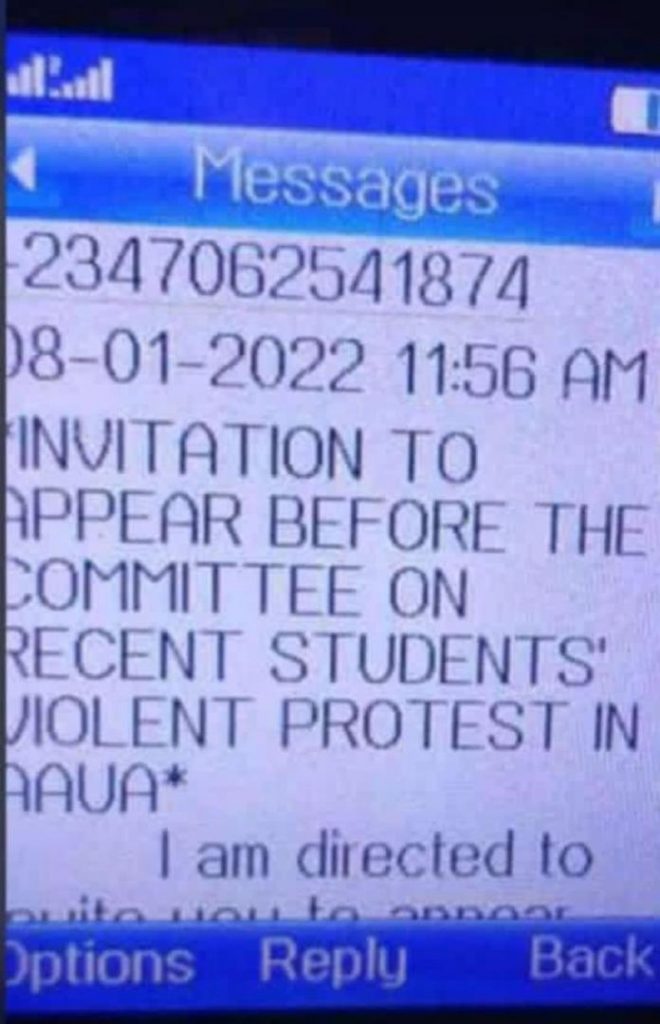 Read This:  #AkungbaRoad: Shall we rise up? | By Patrick Owolabi