On March 23 2020, the Academic Staff Union of Universities (ASUU) came home with an unwanted pregnancy. Nigerian students said they did not want this baby but she insisted on keeping it. Nine months later, she has given birth—the strike was conditionally suspended.

Such is the scenario best fitted to describe the long break from work that members of ASUU took, to make their voices heard the way they see fit.

The Federal government and the Educational sector have had many classic showdowns, making Nigeria to witness many strikes, and you know that “where two elephants fight, the grass will feel the heat”.

And as they (ASUU) have made known their intention to end the strike (a news which has spread like wildfire), reactions from every angle have trailed this decision.

Just like every other concerned citizen, AAUA Students have been sharing their thoughts and opinions about ASUU’s decision. This correspondent conducted an opinion poll and had students share their views. 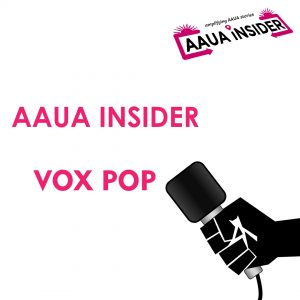 When ask of his opinion about the ASUU strike, Franklin a student from the Department of Computer Science had this to say:

“I am happy, but still angry because 75 per cent of the negotiation has been done, this means ASUU can still go back on strike come February, the call-off is just conditional and temporary, and strikes are always a huge setback for students”

Williams, a 300 level student of Criminology and Security Studies said, “ASUU only suspended and not call off the strike. Truly, the nine months strike has done more harm than good (education wise), but it is never too late to get back on track. Students will go back to school and graduate on time”.

Blessing, a 100 Level student of Microbiology also voiced her delight concerning the recent development she said, “I am happy that the strike has been called off, because now I can continue my Education”

However, for Femi, a 400 Level student from the department of Earth science believes the strike and its end is a dubious action.

“All they are doing is pure scam, there’s a reason why both parties are behaving like this, I don’t trust them and only God knows what we (students) will face next year, the date they pick for resumption is not even feasible,” He said.

Samkad, a 400 level student of History and International Relations also had mixed feelings towards the latest ASUU development.

“I am not happy because, the students were not consulted and given due consideration. This has made students to be a bit apprehensive, and we take the most hit with any decision they make. I’m happy because at least I can graduate by next year,” he said.

He noted that ASUU appear to be slow with their response.

“With the way they handle meetings with other members, they are not doing things like they are in the 21st century, why can’t they do video conference meetings with members instead of always picking dates for physical meetings and waste time” He said.

On the bright side, Samkad shared that the long strike as done him more good because he’s learning a vocation which he wasn’t chanced to engage in before.

Latifat, a 200 student from the Linguistics and languages department was of the opinion that the strike was a waste of quality academic time, but on the other hand was an excellent opportunity for students to explore vocations that help sustain them.

“The strike made students to double their hustle and gather money, especially because of the hike in school fees. So I’m happy that I could do many things to better myself, but for the strike call-off I’m not totally happy about it,” she said.

It is important to note that the resounding word in the mouth of students is that the strike has stalled academic progress and the call-off does not look completely finalised.

With other things still to face Nigerian students such as Landlord/Landlady issue and many other issues, the level of preparedness of students will be tested.

ASUU surely need to fight for their rights, as lecturers’ welfare is important, but the adverse effect of them being entangled in a struggle with the government is too inauspicious.

Students’ plight should never be sidelined as you all know, it is because students are enrolling to study that is why lecturers are, and that is why there an educational sector. Advanced countries thrive because of their investment in education.

This unwanted nine months pregnancy seems to have ended for now, but the offspring produced still needs its omen to be read. What could the writing on the wall for this child mean to Nigerian Students?

Would this be the last time this kind of struggle will happen? I fear not.

Season’s greetings from all of us at AAUA Insider.