Eye balls have been raised, tongues have been restless on the protest, which started past 12pm on Monday, November 22, 2021 in Adekunle Ajasin University Akungba-Akoko, AAUA.

Few minutes to 12pm, some students complained that they were not allowed to write their examinations, this triggered the actions of the already angry students who were waiting for a signal to protest.

At first, the students queueing at the front of the school CBT center was disorganised as they started throwing pure water and waving sticks, this continued to the Olusegun Obasanjo Multipurpose hall as they chased students away before they went ahead to forcefully open the school main gate that has been closed for 10 months and blocked vehicles from passing through the road. 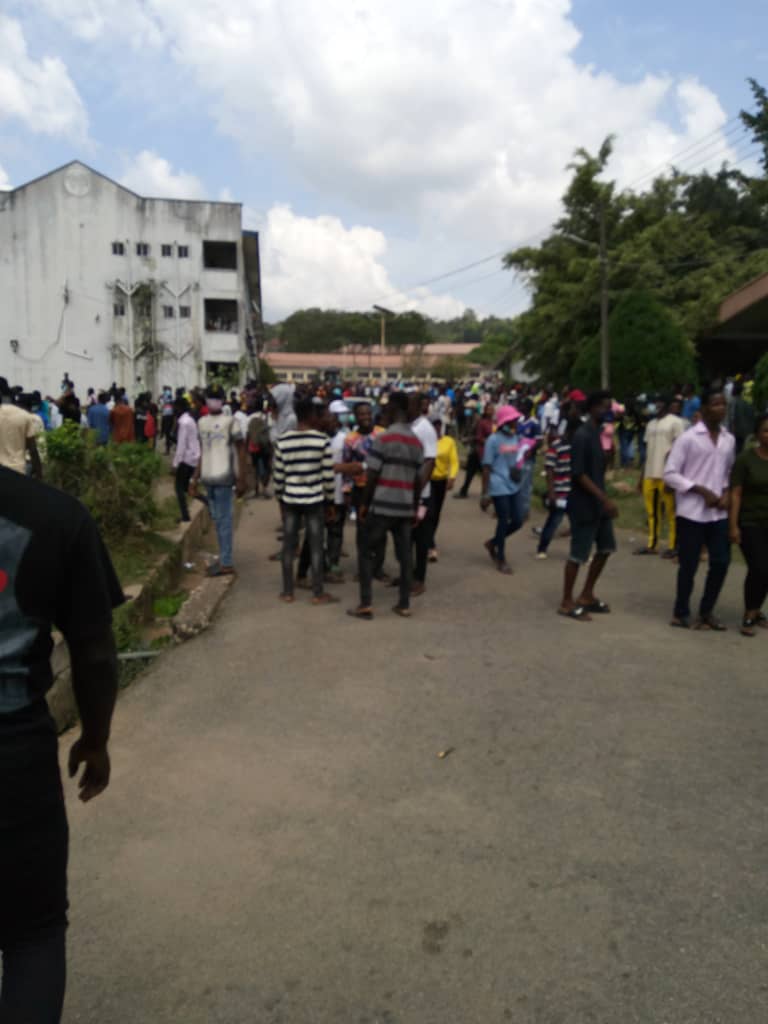 The first aim of the protest was “SAY NO TO ‘NO SCHOOL FEES, NO EXAM POLICY”.

After opening the school main gate, protesters blocked the road with woods, tyres and benches with the aim that no vehicle or heavy duty truck will be allowed to pass, this prompted the second aim “Say No To Big Trucks”.

Some protesters burnt tyres, wood and sticks on the road preventing movements of cars and trucks including motorcycles.

Read This:  Upcoming Hollywood Movies To Watch Out For in May 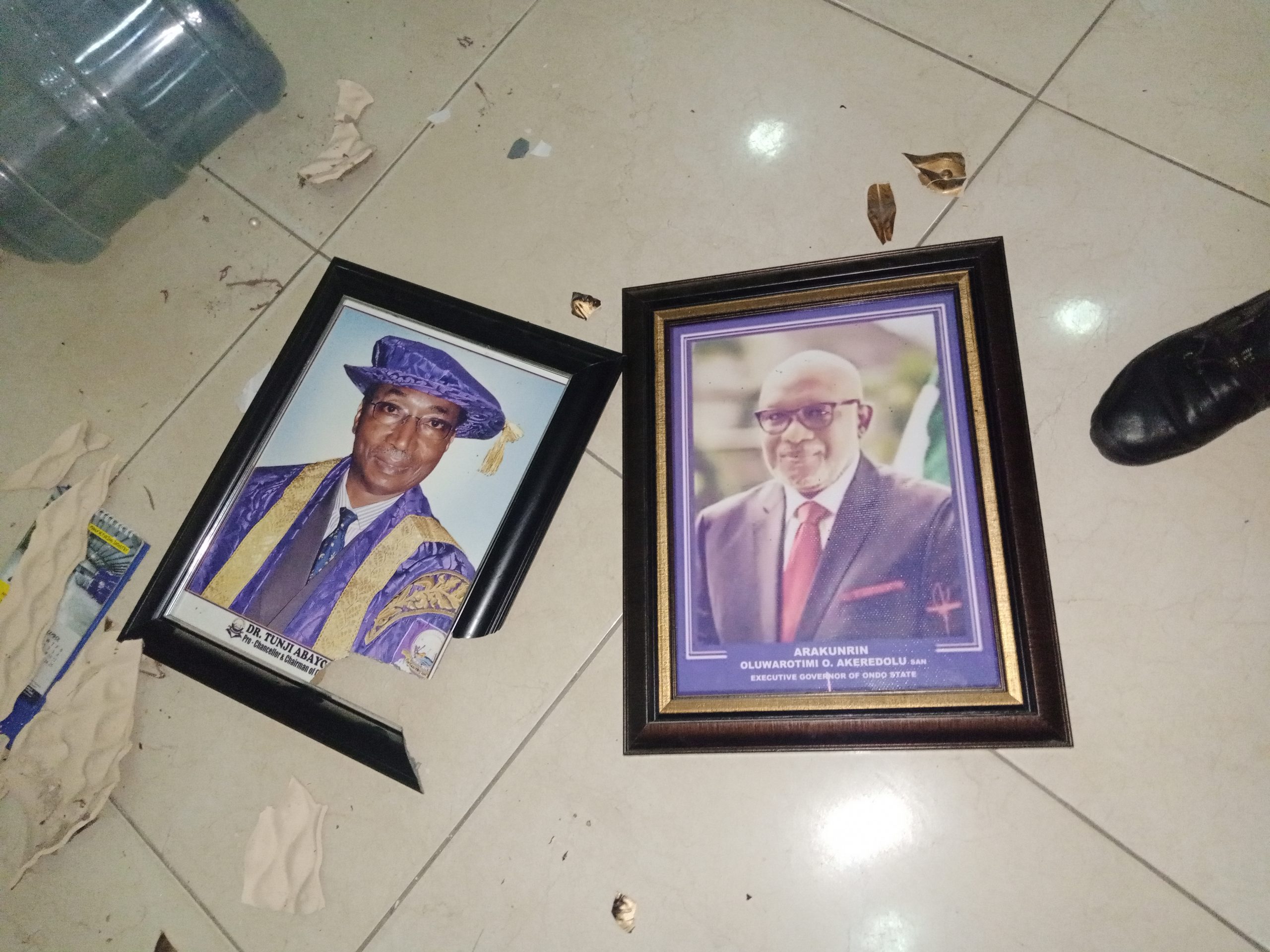 Policemen came to the venue shortly after the protest started including the DPO & DCO of Akungba Akoko police division. The DPO addressed the students, ordered for peaceful protest which the protesters concur with and praised him.

Along the line, the school management released a circular stating that all students will be allowed to write the exams but the protesters debunked it saying its false and a set up for them to leave the school gate.

They were informed that the exam was still ongoing at the CBT center so they moved today the generator spot and put it off to prevent the continuation of the examination. 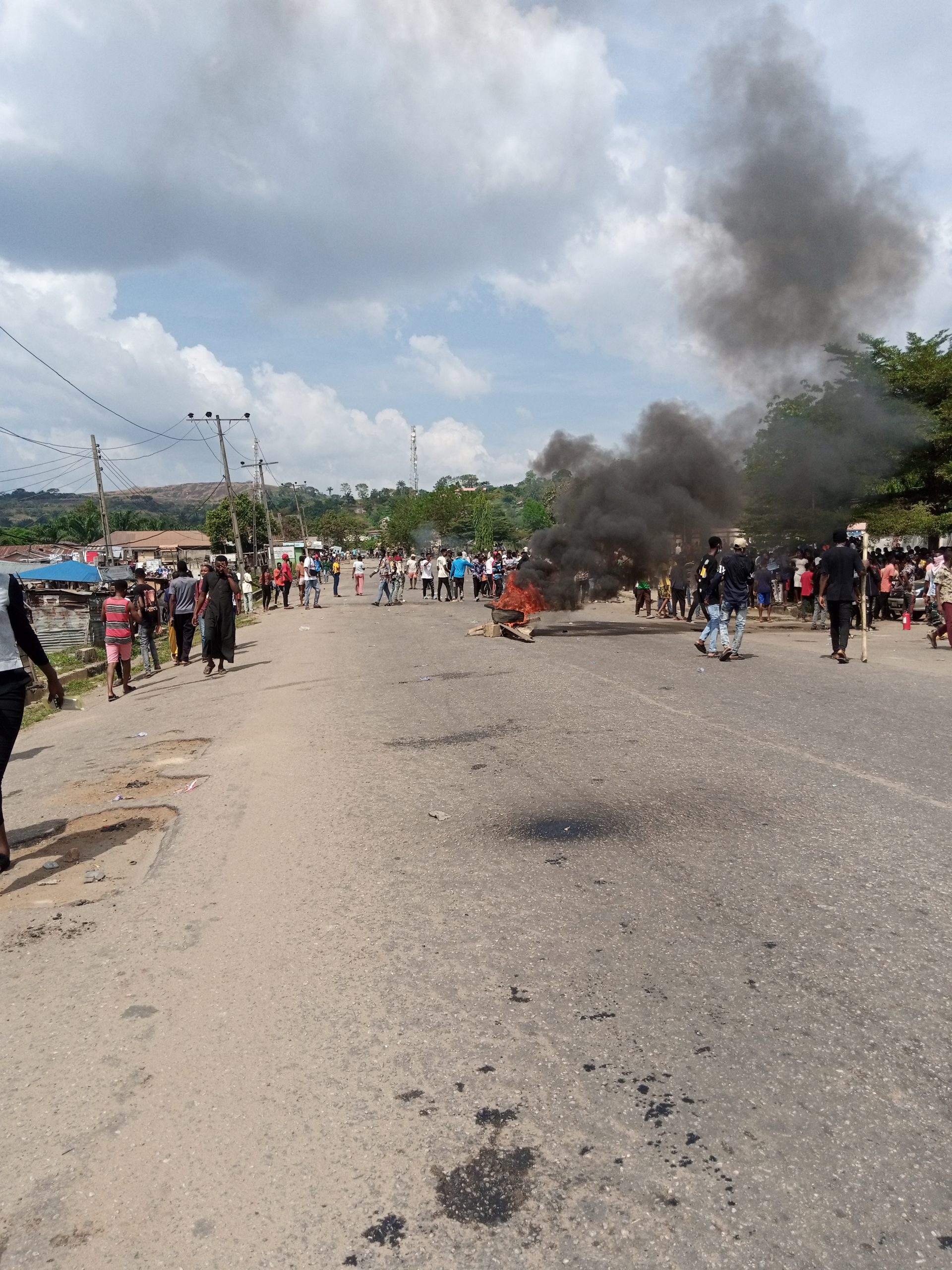 Shortly after, some of the school management came to address the protesters but they were not allowed to talk as protesters threw pure water, sticks, bottles, empty sachet water at them, while the security men guarded them back to school premises.

Another circular was released that GSTs have been postponed till further notice so as the information spread across to them all, they started agitating for postponement of all examination, which serves as their third agenda “All exams should be postponed, we are not ready for exams”. Phones of those who captured videos were seized, some broken.

Soldiers passing-by even spoke to them and left without disturbing them, some even praised them telling them to go ahead. 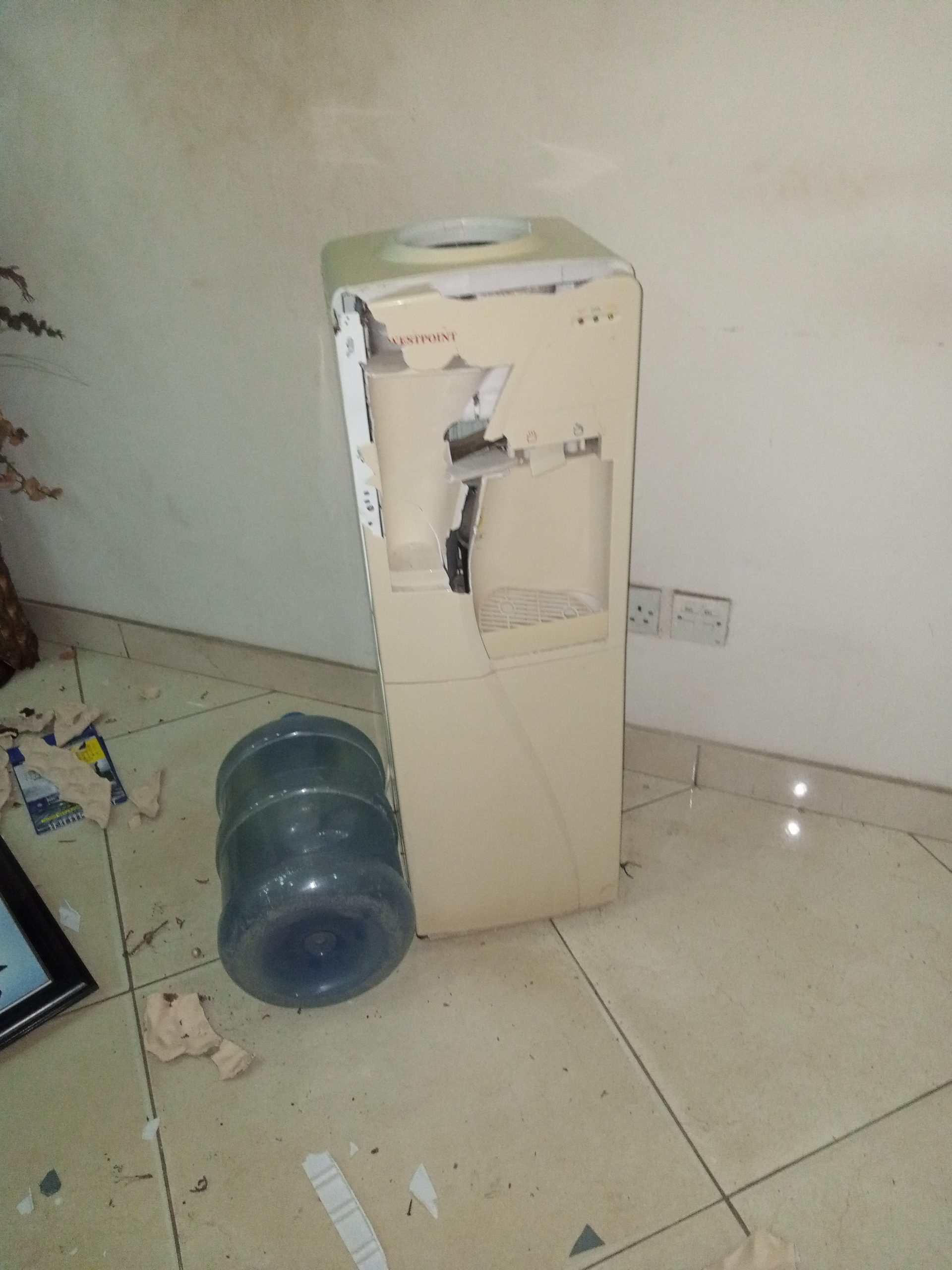 Around past 3pm, someone came to inform them that indigenes are fighting a student at permanent site (area not far to the Senate building), they mobilized themselves to the permanent site but on getting there, there was no fight at all as the place was peaceful.

Some protesters are about heading back to the main gate. That was when some people suggested going to the senate building to agitate for their rights. 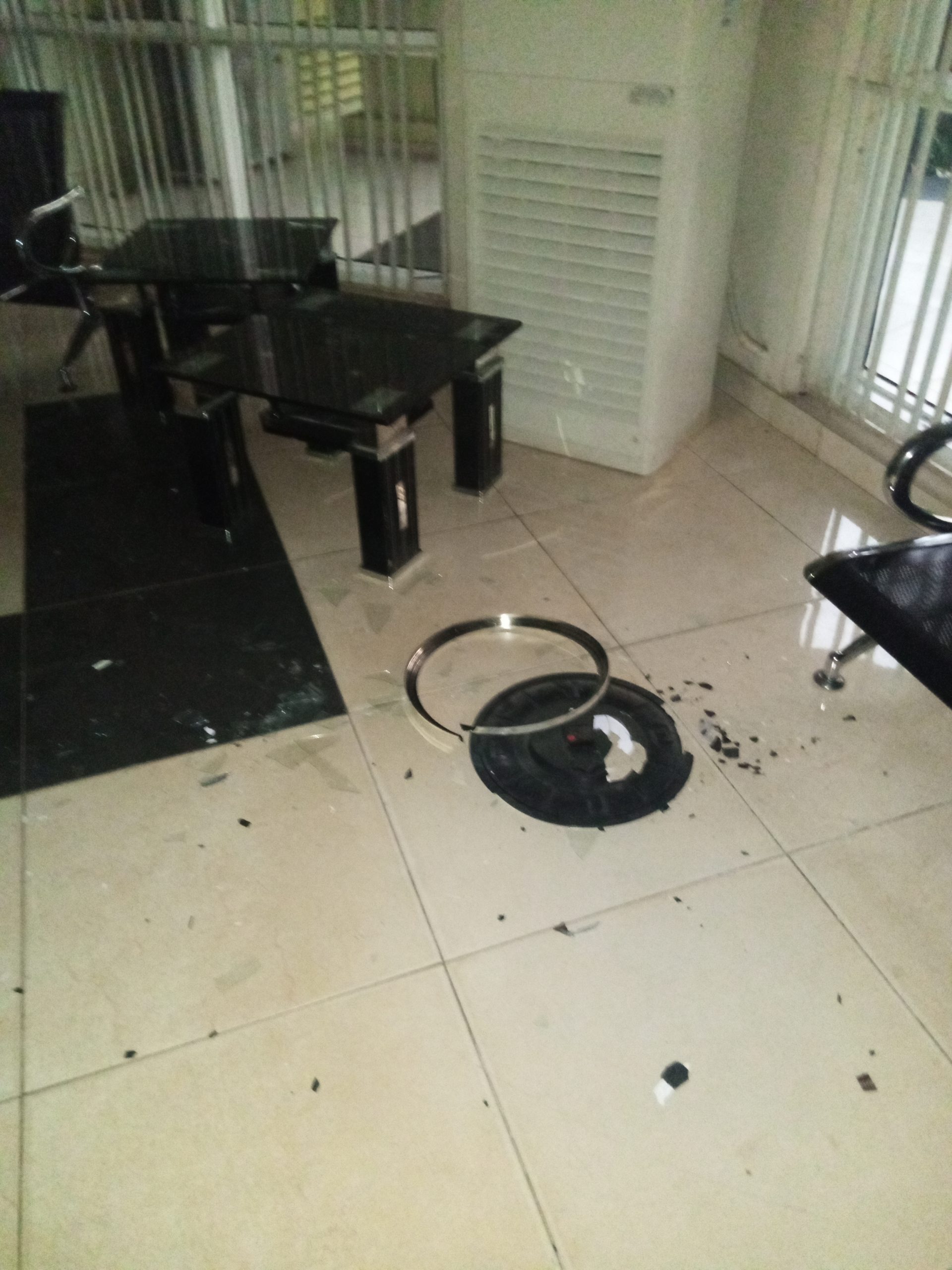 On getting there, some used their nose cover, some used clothes to cover their faces so as not to be captured by the CCTV camera.

They were told that even if they don’t spoil anything, they will still pay the ‘reparation fee’ so they started destroying things, deflating tyres of staff cars, breaking glasses and restricting the movement of school staff. 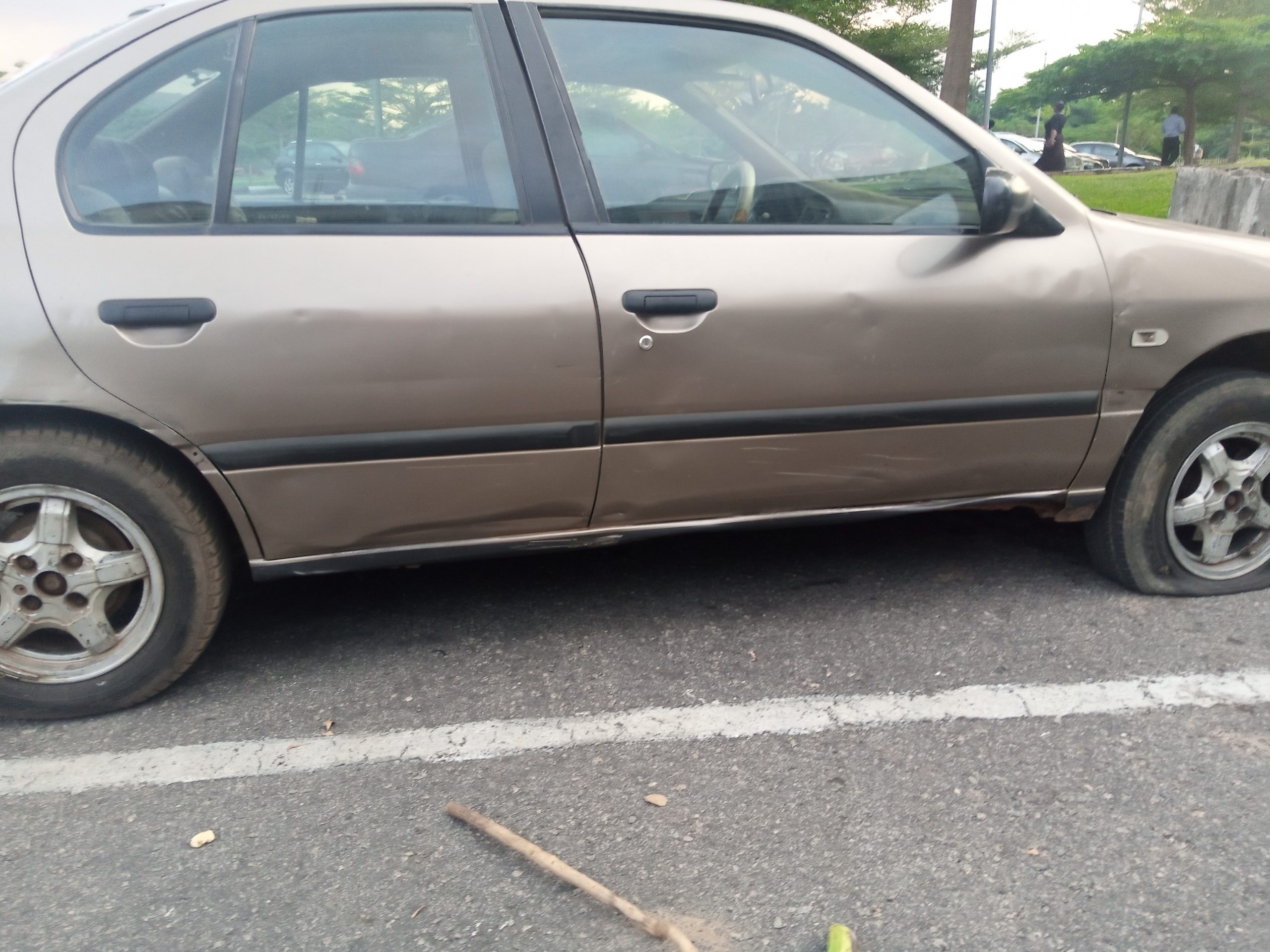 After they have destroyed things to their satisfaction, they headed back to the BEDC (NEPA) office but on getting there, they didn’t meet anyone so they headed back to the main gate. They continued from where they stopped in blocking movements of cars but the DPO later pleaded with them and they opened one way for cars to pass by restricting trucks from passing.

This reporter heard that the Student Union President, Comrade Ogunsanmi Kolade Olumide popularly known as Multiple came plead even prostrated for them to stop the protest but his plea went on deaf ears as they still continued with the protest.

This reporter disguised as a protester to obtain this fact.

This diary was published with minimal editing to preserve the original tone of the author.