This was made known by the convener, Mr Tunde in a conversation with AAUA Insider. According to the convener, the event with the theme, ‘Student Unionism and its Paradigm Shift’, set to hold Saturday, June 5, 2021 by 10AM at the SANNU hall, behind the Pioneer Hostel in the school premises.

The law undergraduate also plans to launch a book with the titular, A History of Student Unionism with the foreword by Human Rights activist, Femi Falana SAN with review by Dr Sunday Abraham Ogunode.

The exemplary author took it as a point of duty to challenge members of the University commu ity to attend and learn the best of leadership  from the iconic legends of ‘the struggle’ as the task of leadership is for the brave, educated and forward looking humans.

“The task of leadership is for the brave, educated and forward looking. The best of leadership isn’t found in the beer parlours, parties or the rowdy markets. It is learnt with persons who have really distinguished themselves in facets deemed relevant to this core value of leadership. In the synagogue, symposia, lectures and seminars would you find the distinguished icons.

“On this note, I recommend to you the Leadership Symposium. I challenge you to fellowship with some iconic legends of the struggle, people who have not just made the news but have remained unstoppable by the tide of injustice.” 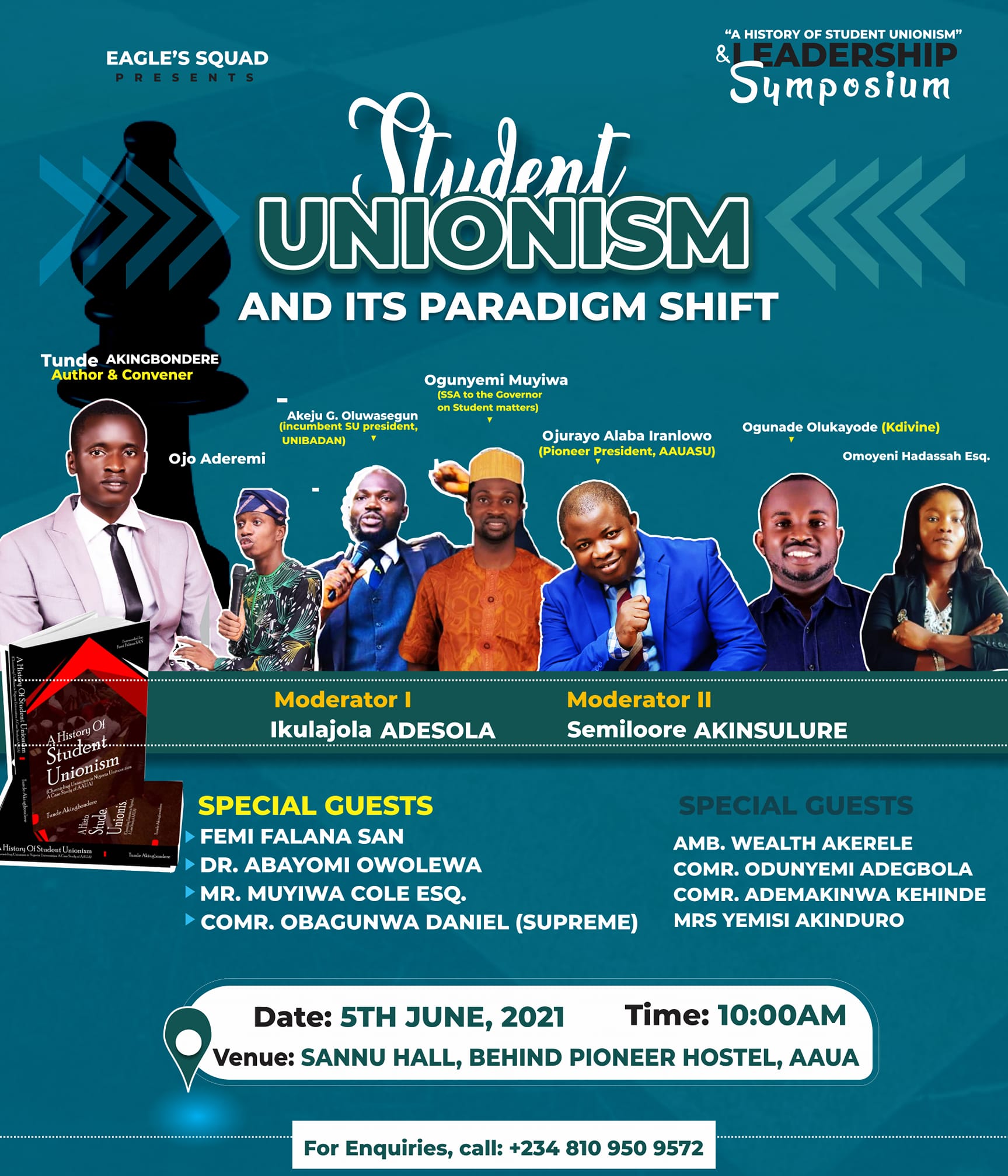