I got a particular comment from a reader (through a friend who was acquainted with the former) who checked my previous article on “Key to a healthy and long lasting relationship”. The comment triggered me to write this article. He had commented that ‘Obligation’ should be next though he agreed with the article that “communication” was crucial.

In his words, “obliging to one’s partner request no matter how circumstantial it may seem.” To his comment, I clearly disagreed and countered. And in that moment, I decided to write this article on two concepts in the context of relationship, weighing them and concluding on which should really be prioritized in a relationship. 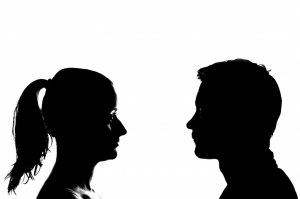 Obligation, in this context, is what binds one to someone by a social or moral tie or even legal tie in a relationship. In simpler and more practical form, it is our moral or societal duty(ies) to someone with whom we are in a relationship with and the latter’s to us. ‘Respect’, in this context, is a level of consideration and or high regard we acknowledge and treat someone with and the other way round.

As good and simple as the idea of obligation to one’s partner (in a romantic relationship) might seem, is also as tricky as it can get. Obligation can put us in a really complicated , unpleasant or messy situations and still make it all hard for us to ‘dash’ out of. It can make us victims of unfavorable conditions and still compel us to stay and tolerate these situations. Yes, the concept is as tricky as that. It shouldn’t be oblivious to us that many of abusive relationships that later led to one partner losing his or her life could have been totally avoided if only the victim ( being either deceased or offender) had just left beforehand.

Unfortunately, many of these victims had stayed as they had been compelled by their obligation to their partners. Likewise is the reason why many who had survived this kind of relationship in the past had stayed until they ‘opted’ out after suffering indignities from their ‘abusers’. And so is the justification of a lot of people who are currently tolerating the inhumane conditions or treatment of unpleasant and abusive relationships of different kinds (emotional, financial, physical, and so on). This happens all around the world and Africans being as conservative as we are mostly place obligation and the duty of staying in a relationship on the female partner, no matter what.

It’s a common situation than rare that a female spouse would be compelled or cajoled to go back to her partner backing their stand with the ‘fact’ — “A woman’s place is by her husband.” or ” a woman has to be tolerant in her husband’s house.”

Arguably, they usually come up with a lot more, leaving them to go back to suffering whatever ill treatment or unhappiness they had probably tried to be free of.

Also, out here like some other part of the word, female children are taught the marital duties to one’s husband that are expected of a good wife as they are to be, right from the early age. Switching to ‘Respect’, as common as it is also has ‘underrated’ as it is. Many people would agree that there should be respect in a relationship but still it is missing in a lot of them (relationships). Moreover, ironically or hypocritically, sometimes even those who agree with this or ‘advocate’ for this concept are themselves guilty of treating their spouse/ partners without it.

Also speaking of ‘Respect’, it should not just be coming from a party, it should be from both/all parties involved — mutual respect. In a relationship where there is mutual respect, there should be full consideration and regard: the parties would strive to always put in consideration each other’s feelings cautiously and hold and treat themselves with regard. If you respect your partner you would not purposely hurt him or her, you would put yourself in his/her shoes and would bear in mind not to be self-centered. You would treat the person, as you would like to be treated and try not to be biased or selfish. If you respect the other party, you would not ridicule or abuse (either verbally, physically, sexually, financially, emotionally, to mention some) him/her in any way. You would respect the other party’s opinions, wishes and privacy.

You would try to understand what hurts him/her, his/her insecurities and put them into consideration. Even if you cannot make them feel better about something, you at least not make it worse for them. You learn to be sensitive and not the opposite when dealing with them. Overall, mutual respect is another essential Key to a healthy and long lasting relationship. Prioritizing ‘obligation’ before ‘respect’ is outwardly off the table, it is also a huge crack in a wall for a healthy relationship.

Respect stands for what Obligation does not and gives more colour to a relationship than the later. Respect coupled would a controlled level of obligation (controlled being a less strict and conservative form of obligation to one’s spouse) could play out better than the one where there is just Obligation. However, ‘Respect’ should always be prioritized over obligation in any form of relationship, romantic, friendship, business, family and more.