Recently, it is making waves in the media that some 3 auspicious project students of the Department of Physics and Electronics, Adekunle Ajasin University Akungba-Akoko built a robotic dog as their final year project.

AAUA INSIDER in its journey to amplify the AAUA story took it as a duty to speak with the team leader and the original owner of the idea that came into fruition.

Mr Aiyegbeni John Oshoke in a exclusive media chat with AAUA INSIDER discussed the idea, the concept, the challenges faced etc about the robotic dog.

“It all started as an idea. The topic evolved over r 4 years ago when I came to this school as an 100l student, I saw the then 400l project students present a robotic dog as their project. But then it was less creative, so since then I’ve had it in mind that I will make it better.”
“In 400l when I was assigned to a supervisor, the first thing I told him was that he should allow me to complete the project and he agreed. Since I couldn’t do it alone, he added like minded individuals to the team, and in all honesty the team complemented me well.”

Speaking about the concept and what the robotic dog is meant to do, he said : 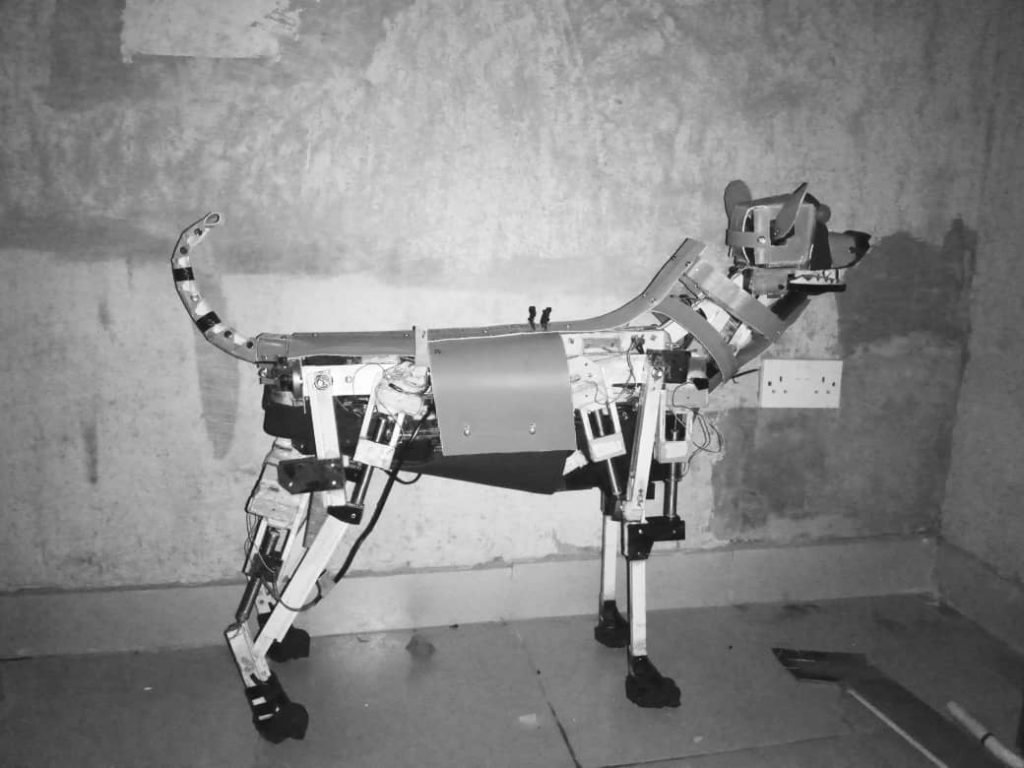 “This invention is basically for security purposes. Unlike a real dog, when it sights danger or an intruder it starts barking but the owner would definitely not know why the dog is barking, simply this innovation is meant to tackle that.”

“When this Robotic dog sights danger, with the help of the sensors, it starts backing then the owner can easily connect his/her device to the dog and see what is happening in the environment.”

When asked about the resources and materials and cost incurred to make the robotic dog, and the challenges faced in the process he explained that:

“We made use of some local materials and we also got some components from China through Alibaba express, we made use of aluminum as the bones structure and a leather wool as the skin.

“Our major challenge was funding, on our own because of low funding we couldn’t build the dog the way we wanted. It couldn’t move because the weight was to much for the actuators which serves as the joints and locomotion. For it to move we need to buy stronger actuator which are about $500 each, so we divided to build a prototype of it that walks. Basically, our problem was funding.” 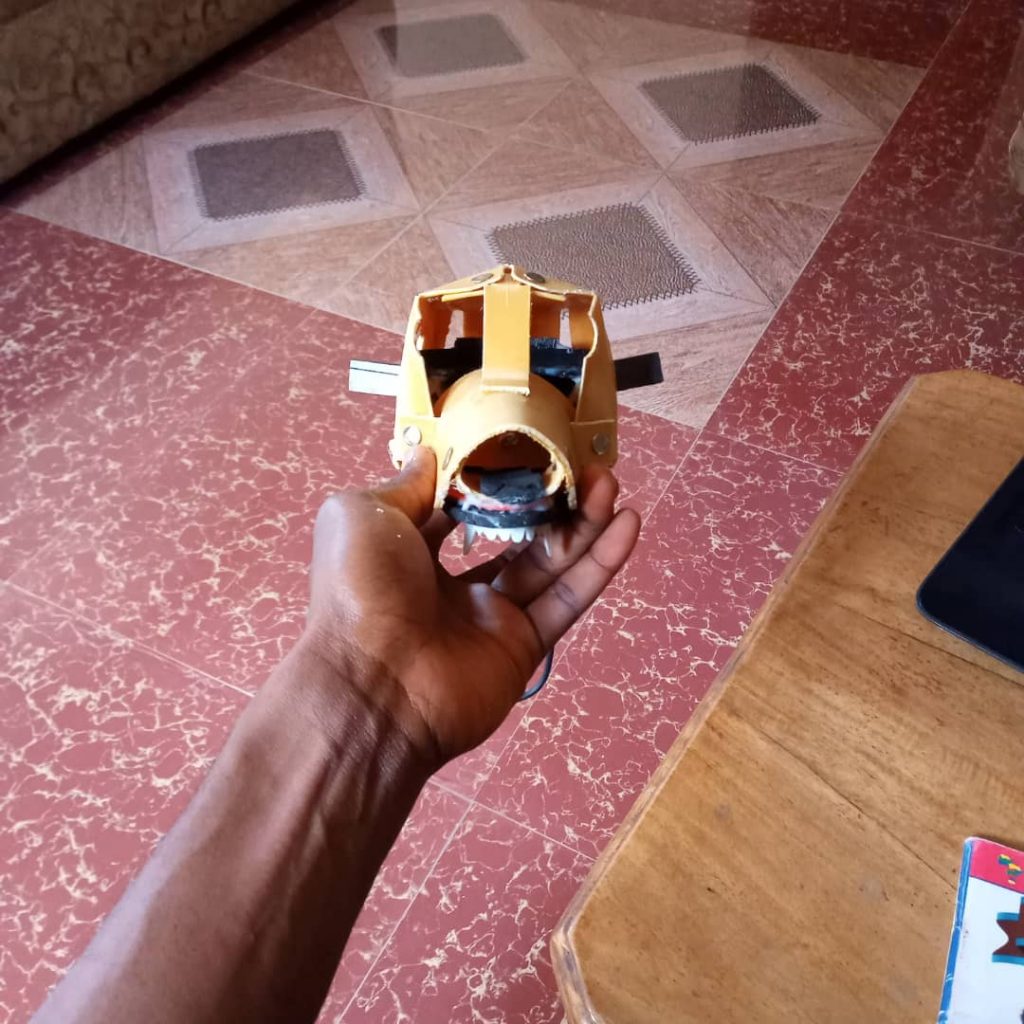 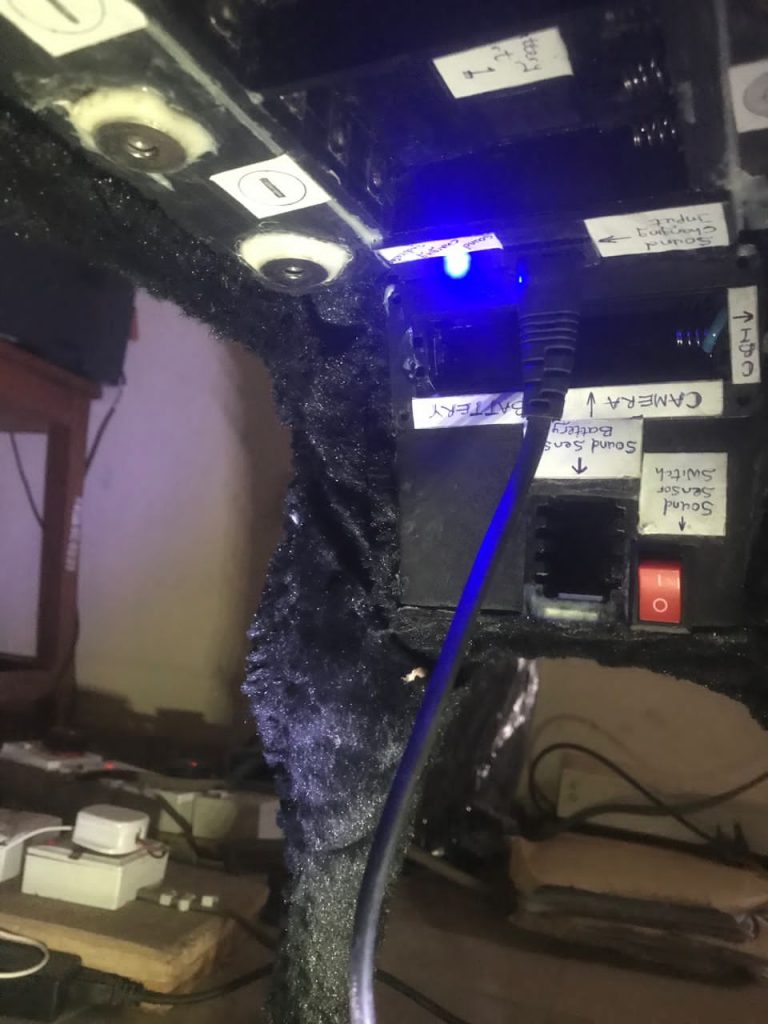 Conclusively,
“The robotic dog has 6lithium batteries which are connected in series. Each of the battery has 4volts. Also there’s also a sound system that has an inbuilt battery inside the dog which serves as the voice.

“I want to appreciate my team members, Adeyi Stephen, and Loiki Charles and of a very big importance is the support received from my supervisor, Mr J. K Adebiyi and my Parents, without them this project would not be achievable.”

Recall that during the NASS innovation week last session, some sets of Physics and Electronics students built a vacuum cleaner.
We believe there are lots of innovative individuals in this school and we hope they get the needed supports from the university, the state and from Nigeria at large.

One Reply to “INTERVIEW: Building A Robotic Dog; The Story”