It’s no news that the year 2020 wasn’t the top year for a whole lot of people, likewise not for several industries and sectors from around the world. Talking of industries, one that certainly made the list of most affected by the COVID-19 pandemic is the movie industry.

The year 2020 can be said to be arguably the worst for such industries in decades, as a lot of activities that had been scheduled to take place in the industry couldn’t, canceling, rescheduling and postponement became the order of the year. Though the development was disappointing to us, the audience, one thing everyone would agree on was the necessity of the postponement fuss and all. It was essential that all of the changes made there happened.

But now, thankfully, 2021 happens to be more lenient with things, with the movie industry flourishing here. As 2020 had “denied” people of a lot of things, with the lockdown and shutdown of usually frequented fun and entertainment places such as the cinemas, it was a real business for the movie industry this year around. We saw the release of many awesome movies, the most anticipated ones we had been expecting since 2021.

In short, 2021 has been thrilling for us, the audience, and fans. And so to say, it had been rewarding for the makers of these movies too, as there has been an undeniable boom in the industry.

Moving on to the topic of the day, “Hollywood movies you must not miss this September”. As I mentioned earlier, it’s been a crazy exciting experience so far with the movie releases of this year, we’ve seen a lot of the most anticipated movies. In the past months, we’ve seen the likes of Black Widow, Mortal Kombat, Maya and the Last Dragon, Godzilla vs Kong and so much more. Now it’s September already and I’m just about to bring you the sweetest Hollywood “melody” to your heartbeats. (Lol)

Here are the Hollywood movies September 2021 has for us, the ones you don’t want to miss out on. 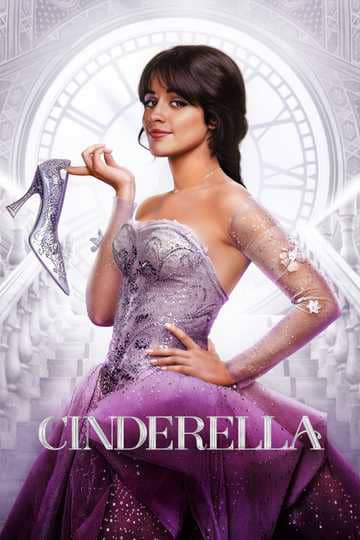 As we all know, the tale of Cinderella is a popular one, it’s no stranger to our ears and eyes as we’ve seen many movie productions on the tale over the years. But this time, the fairytale has been revamped, with a modern-day twist in the story. This Cinderella’s ambition and goal ( Camilla Cabello ), unlike the traditional Cinderella’s of finding her prince charming, was to make it big in the fashion industry as a fashion designer. And through her struggles and hassle, Fab G (Billy Porter) comes up in the story as her support system and cheerleader. There’s a lot to watch out for in this classic tale, with other awesome actors like Idina Menzel starring as the Fairy Godmother, James Corden, and many more.

Trust me, you don’t want to miss out on this romantic and epic masterpiece of a movie this September.

2) SHANG-CHI AND THE LEGEND OF THE TEN RINGS 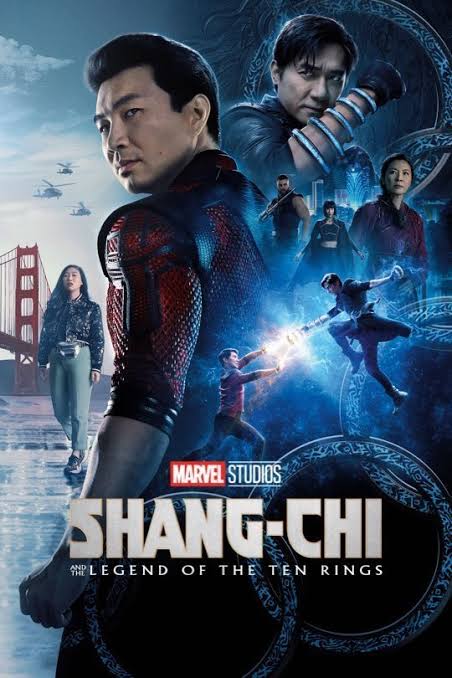 Shang-Chi and the Legend of the Ten Rings are another top-notch in Marvel Comics. In this movie, the pro-max martial artist, Kung Fu Master Shang Chi (Simu Liu) is burdened and “haunted” by the long trail of the shady activities of his family in the past, particularly their connection with the powerful crime organization called the Ten Rings that was involved with the kidnapping of Tony Stark in Iron Man.

It’s a very engaging and thrilling movie that you shouldn’t miss this month. 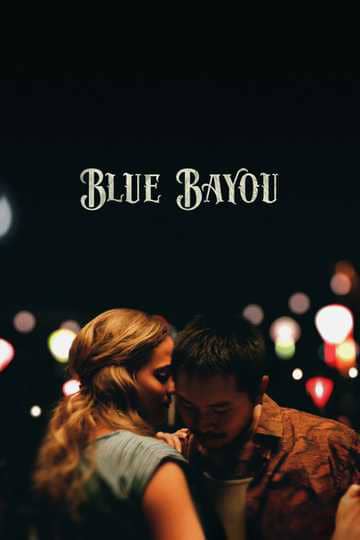 This drama by filmmaker Justin Chon features the story of a Korean American raised in Louisiana Bayou, who does everything he has to, just to keep his family safe and well. Along the line, coupled with his having to deal with his disturbing past, he realizes that he was on the verge of being deported from the only place he could call home.

Watch as Antonio LeBlanc struggles to get his life back together, his challenges and troubles. Try not to miss out on this very fine movie this September. 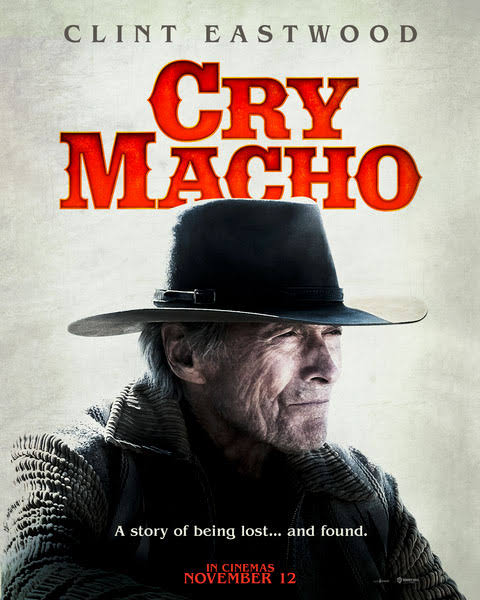 Cry Macho is a must-watch. The movie is set in the late 1970s, starring the story of a former rodeo star and horse breeder, who after taking the job of bringing to his ex-boss , his son, away from the reach of his alcoholic mother, faces different challenges in the process. Both him and the boy encounter different situations through their journey from Mexico to Texas, this circumstances would present an opportunity of redemption to the ex rodeo star and an unlikely bond between the duo as the Man teaches the boy life lessons and how to be a good man.

Cry Macho is a movie that would make your heart thump with emotions.

5) THE EYES OF TAMMY FAYE 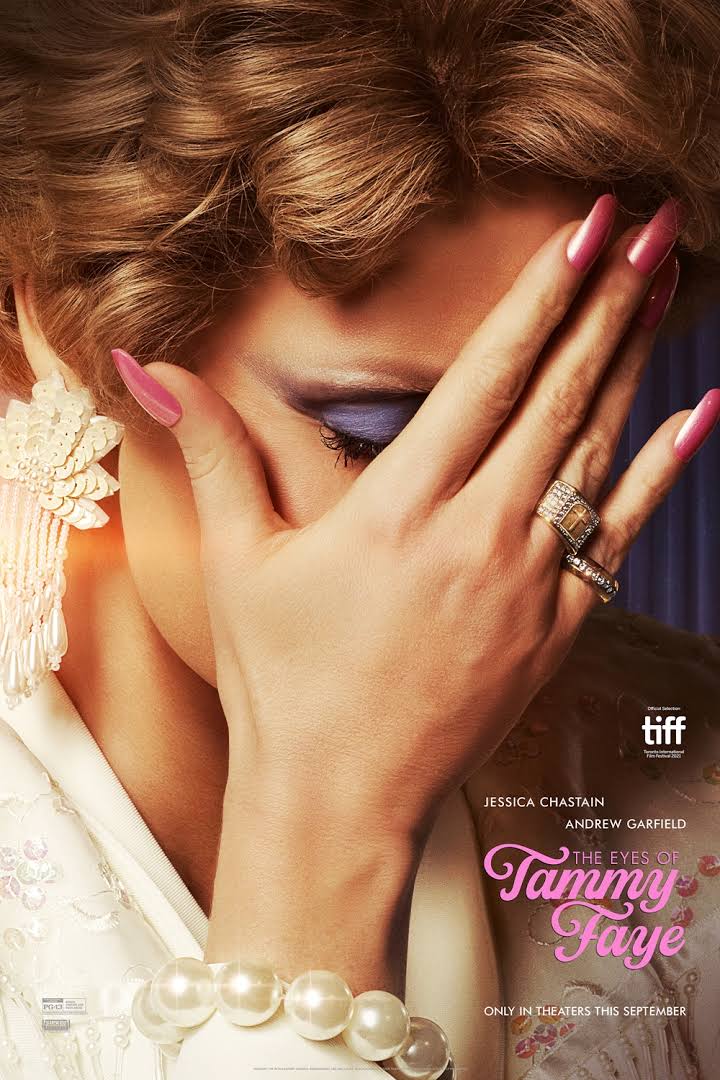 For my lovers of “based on true events” movies, here’s one that you would love!

This intriguing drama is based on a true-life story. It follows the life of successful televangelists Jim and Tammy Faye Bakker, played by Andrew Garfield and Jessica Chastain respectively. The movie takes us through the beautiful union and life of these two religious leaders and up to the conflict where what used to be an amazing union is severed after different challenges that arose along the way. A sex scandal, financial problems and plots of their rivals against them shakes and breaks the couple harshly.

Whatever you do this September, just don’t forget to put this movie on your must-watch list. It’s a story that everyone who has seen “life” would relate to. One that would make you think beneath the surface. Another thing about the production of this movie is the breathtaking makeup, how they amazingly transformed the actors to fit the characters effectively. You’ll love the commendable way they take us through the physical changes in the characters from their youth to old age. 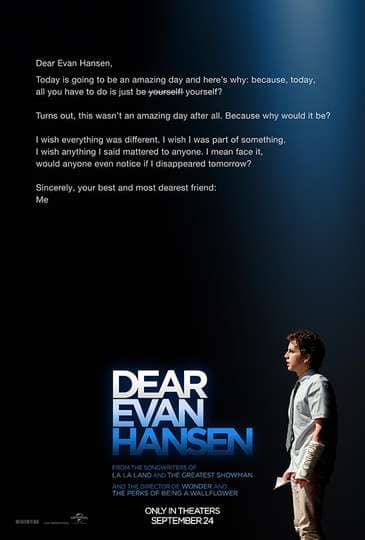 Okay! All my Ben Platt lovers should gather here, ’cause you’re about to be mind-blown, again, by this incredibly professional actor (and musician)  :O  😉

Dear Evan Hansen follows the story of a lone and troubled high schooler, played by the  Emmy and Grammy award-winning screen Icon, Ben Platt. Evan Hansen wants nothing more than, he yearns that people understand and treat him like a normal kid, he wants to be heard and listened to, not disregarded. But he sees his life go upside down after a horrible lie starts to spread around the school after a student in his class commits suicide. Watch as Evan struggles to untangle himself from the demoralizing web of this cold social media age.

If you haven’t seen Ben Platt in action before, people, this is your golden chance to witness the marvel of this actor’s screen dexterity. This movie would get you sentimental like never before. Please, don’t miss it for anything in the world!

Now, here’s where I cap it all, lovers! That’s my list of Hollywood movies you shouldn’t miss this September.

Don’t forget to share this post with your friends and family, don’t keep the goodies of this September cinema to yourself alone (lol).

And also, be expecting my next article which would be featuring our own local industry, Nollywood. Watch out for ” Must-Watch Nollywood movies in 2021″.

Thank you for reading through to the end of this post. Remember while you’re at it (watching the movies), COVID-19 is still very much around, so stay safe, take immunity boost drugs, drink water, and rest well. Till next time!

Read This:  INTERVIEW: MC Dekola reveals the genesis and essence of Laff O'Clock

In this exclusive interview with one of the creative entertainers in AAUA and the winner of the AAUA Insider’s Most Outstanding Student In Entertainment, Adekola…

As different elections are coming closer on campus, this correspondent took it as a point of duty to interview aspirants on what they have for…

As the days of different elections are nigh in AAUA, this correspondent took it as a point of duty to interview aspirants on what they…

Macaroni is pasta with a narrow tube shape. Basically, it is made with durum wheat and is commonly cut in short lengths. Curved macaroni is…