Adekunle Ajasin University, Akungba-Akoko football team known as AAUA Luminaries was held to a goalless draw against OAU Giants at AAUA Sports Complex on Wednesday in the first leg of the round of 16 match of the Higher Institutions Football League (HIFL).

It was a tight affair at the fully packed 1500 capacity stadium of AAUA Sports Complex as neither side could find a winner after 90 minutes of action.

Arguably, the visiting team dominated the entire match but couldn’t find the back of the net as most of their attempts on goal were denied by the AAUA Luminaries goalkeeper.

However, OAU had a clear chance towards the end of the second half but saw the effort fired over the goalpost leaving both teams to settle for a draw.

After the match, Olaniyi Olumuyiwa of OAU Giants was awarded the man of the match award. 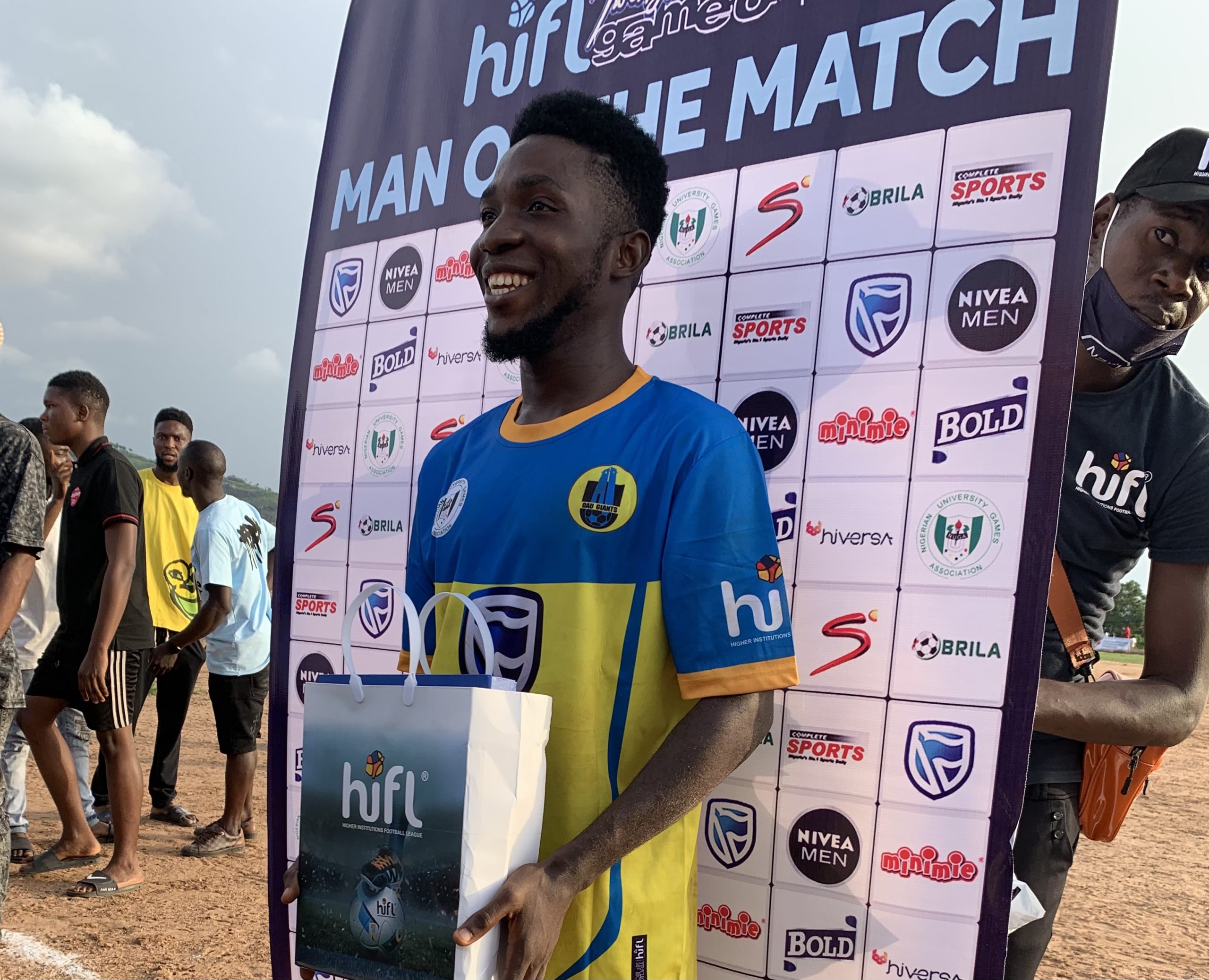 Speaking on the his performance in the match, Olaniyi appreciated his teammates for the support and also thanked the organizer of the HIFL for giving him platform to showcase his talent.

Going into second leg of the match, Olaniyi vowed that OAU Giants will defeat AAUA Luminaries in Ile-Ife to qualify for the next round of the competition.

AAUA Luminaries will travel to Ile-Ife for the second leg of the encounter on Wednesday, 28th of July.

In results from other matches in the round of 16, BUK Stallions Of Bayero University Kano were defeated at home by UNIMAID Desert Warriors of Maiduguri by 1 goals to 2; LAUTECH Hunters of Ladoke Akintola University played a goalless draw against FUTMINNA Transformers of Federal University Of Technology Minna.

More pictures and video from the match; 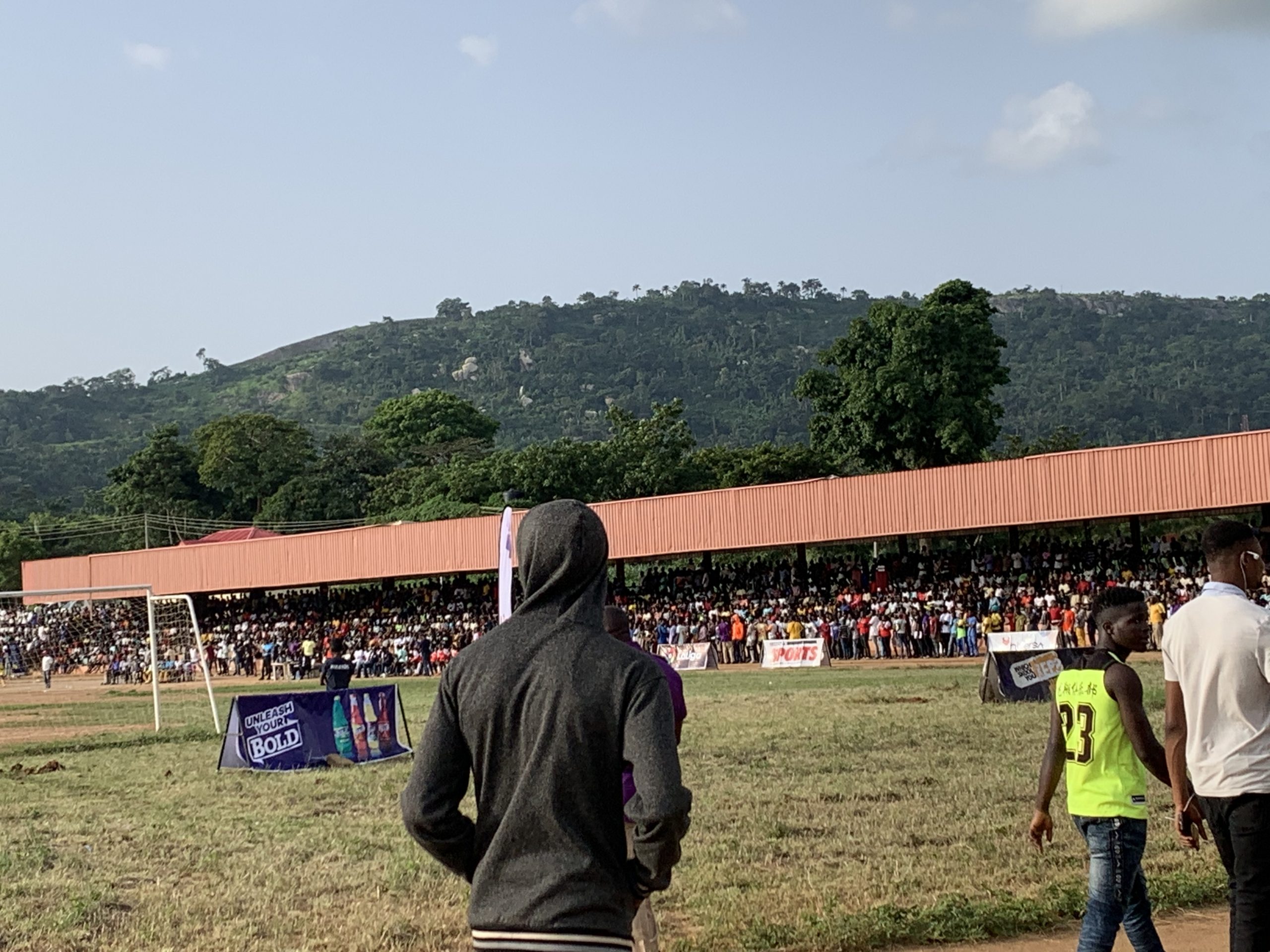 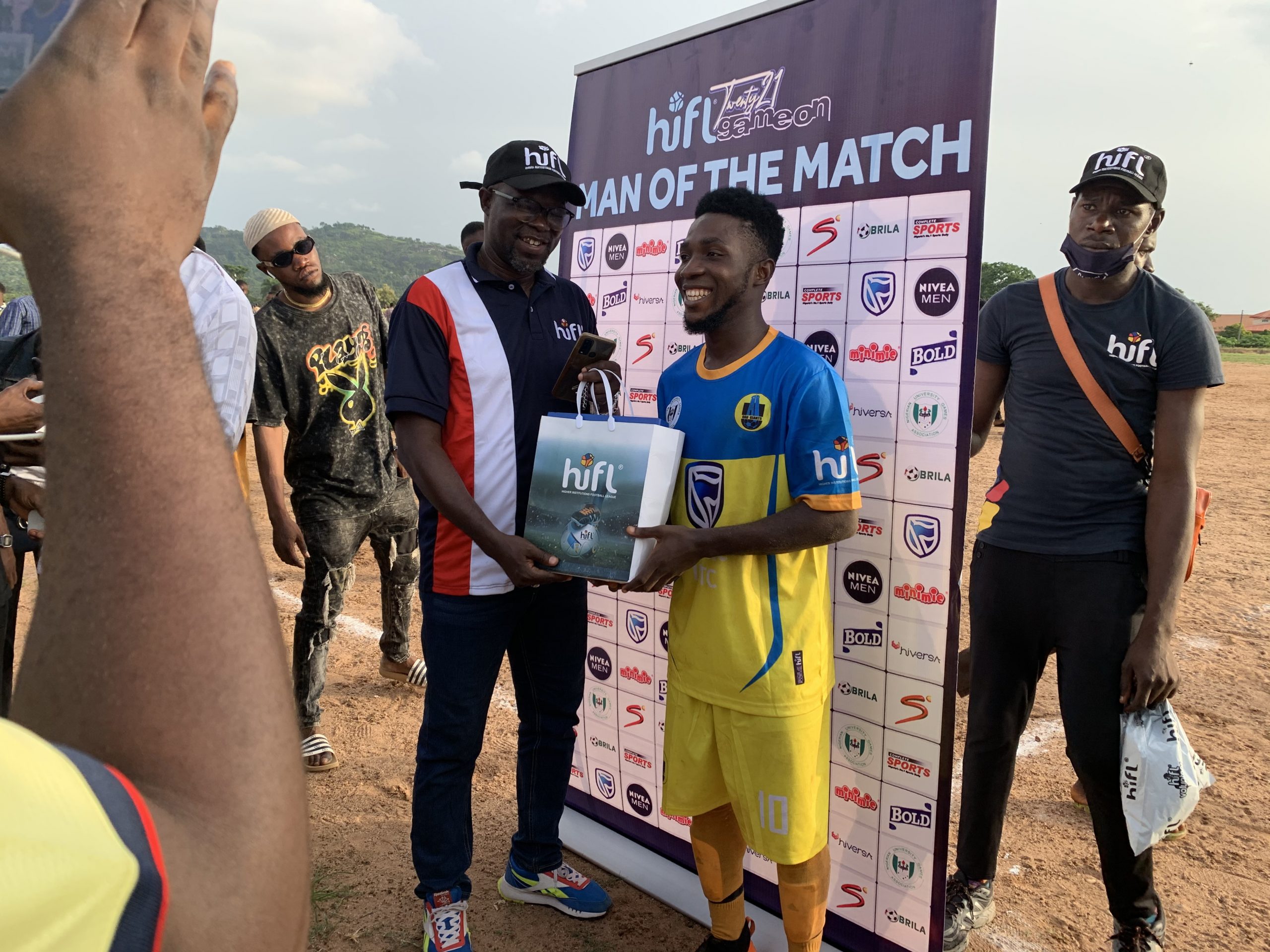 Victor Temitope Olorunfemi
Olorunfemi Victor Temitope is a freelance journalist with keen interest in sports especially football.
He is currently a sports correspondent for 3rdHub Entertainment and Sports Editor for AAUA Insider.
He is a Biochemist, a movie lover and a football fanatic.
Read This:  Mike Dean told not to officiate in this weekend's Premier League matchday after receiving death threat
Set your Author Custom HTML Tab Content on your Profile page

Victor Temitope Olorunfemi
Olorunfemi Victor Temitope is a freelance journalist with keen interest in sports especially football.
He is currently a sports correspondent for 3rdHub Entertainment and Sports Editor for AAUA Insider.
He is a Biochemist, a movie lover and a football fanatic.
Set your Author Custom HTML Tab Content on your Profile page