An official in the Federal Road Safety Corps, FRSC in Ondo State, has said the Corps has been making efforts to reduce the accident cases in the Akungba-Akoko area of the state.

On January 23rd, 2021, there was a road accident in the Akungba-Akoko area of Ondo State, the community hosting the state-owned government tertiary institution, Adekunle Ajasin University.

The accident which was caused by one of the trailers of Dangote cement owned by Aliko Dangote, happened very close to the school main gate and claimed the lives of students and community residents.

Some of the students whose lives were claimed in the sad incident include the former Students’ Union President of the school, Adesomojo Samuel Tobi known as Sampraise; the first-ever female President in Business Administration; amongst others.

Also, recently, on the 20th of January, 2022, another accident happened on the road and killed a bike man. Most of the accidents were linked to being caused by trailers plying the road.

Information from the reliable source who spoke exclusively to News Digest also notified that both soft copy and hardcopy of the Akungba-Akoko environment, necessary things to be put in place have been sent to the necessary quarters, including the Federal and State governments.

Information received from our source who prefers to be anonymous said the Unit command has been trying to educate the community residents of the danger involved in trading by the roadside.

“The unit command in Akoko area have been striving to ensure it sensitizes people to move away from the roadside.”

“We are on that to do the needful and we have embarked on various enlightenment. One of them is ‘morning cry’ enlightening the people to move away from the roadside.’

However, despite the efforts taken, the challenge this official noted is “the negligence of the human factor by not obeying traffic rules and regulations.”

“Officers are always out en-mass for public enlightenment, discussing with people on the road concerning how to be far off the road.”

An official in the State confirms said that Officers in the Akoko area who are always on the road for auditing do send their careful checks and reviews to the FRSC Unit Headquarters in Akure; where the needful will be done and forward to appropriate quarters (FERMA, State and Federal governments).

The source in a conversation said the patrol team of the corps also ensure it cautions drivers to avoid over speeding on the Ikare/Akungba-Akoko road but drivers neglect the caution by driving above the speed limit, despite the condition of the road.

On the response gotten from the government, FERMA after the unit had written to them, our source clearly stated to this reporter, “I really don’t know the effort the government is putting to make it (the road) safer. But we (FRSC) never relent.”

It however said despite that, it has not stopped taking steps to ensure lives and properties are safe on the road and every other road in the State.

“We still remind the state and federal government by rewriting back to them on all we’ve written before,” our source says.

ONE YEAR REMEMBRANCE BY STUDENTS

Students of the institution have remembered their fellows who lost their lives in the Akungba accident of 23rd January 2021 by storming the popular social media platform, Twitter, to commiserate their one year of demise. 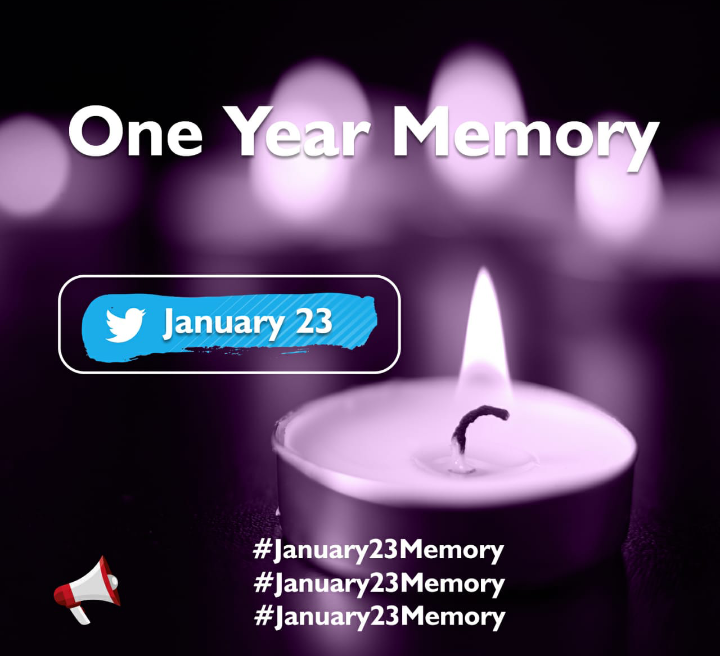 The students flooded the social media with various tweets, tributes, pictures and memories shared with the deceased, with the hashtag #January23Memory.

Also, a public lecture has been held in honour of late students’ union President, Adesomoju Samuel Tobi and every other person who lost their lives in the incident.

The first memorial lecture titled “Reminiscing on January 23rd, 2021: The roles of stakeholders in tackling hostile academic environment” was delivered by Dr Oladipupo Olayiwola on the 23rd of January, 2022 at the Students’ Union Building of the school.

Also, a poetry competition championed by the General Secretary of the Students’ Union, Adeyefa Tolulope (Elite) was put in place to remember the beautiful souls lost.

The school main gate has since been closed in January 2021, yet that does not stop accidents from happening on that road.

Also, it is confirmed authoritatively that the barricade erected to stop heavy-duty from plying the road no longer serve its purpose as it has turned to an abode of tax collection for the “gate gatekeepers the barricade.

It is however the hope of many students, residents of the community that a lasting solution will be provided by the government in curbing the incessant road accidents as they now live in fear on their roads more than ever.

This exclusive news report will be updated as the situation of things unfolds. Our reporter is following up from the FRSC, government, school management and community residents.