I have heard people engage in discussions for hours about Nigeria and how blessed she is, with both mineral and human resources. You probably would have heard this statement too right, the argument always seems endless.

The human resource here is not only the ability to lift heavy loads and work on construction sites for three days nonstop. It also includes the human ability(resource) to think about innovative ideas and work on them.

A long time ago we used to think about the physical strength to work, but now the story has changed. We’ve entered an expert economy in which brain power trumps brute strength. Where what you have in your head is your greatest wealth-creating asset.

The mind is a powerful tool and its work is to create ideas and imaginations in us. Show me a conscious man, living and breathing who doesn’t think or imagine things, and you have a man who is a living dead.

You are equipped with a tool to help reshape your environment and the imaginative abilities of the minds is only working according to this purpose. It is imperative that we have ideas, but ideas don’t come out of thin air, they come through thinking.

In the words of Pablo Picasso “Inspiration does exist, but it has to find you working“. One of such work is to learn to think, not mere thinking alone but thinking differently and reflecting on your ideas deeply.

Thomas Edison is ascribed with a saying that, “Only 5percent of the human race think, 10percent think they are thinking, and the remaining 85percent will rather die than think”. And by thinking i mean real, positive thinking.

Alot of us are focused but we tend to focus on the wrong things, things that don’t add value to ourselves or even the society, and rob us of quality time.

Let me use these two people as examples 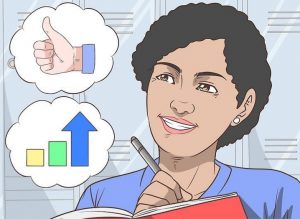 One is in her room, free from distraction, with her pen and book she starts bringing out ideas from her head into pages of papers, ideas meant to make the society better and she’s thinking on how to work towards these ideas. 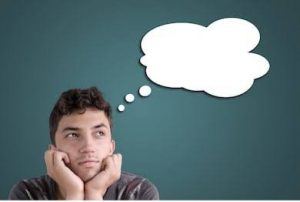 Another is in his room, probably thinking about how he will steal from the new couple next door, how to destroy their properties and the lies he would use to cover his own track and create an alibi for himself. Which of the two do you think is thinking “Positively”?

THE PLACE OF WORK 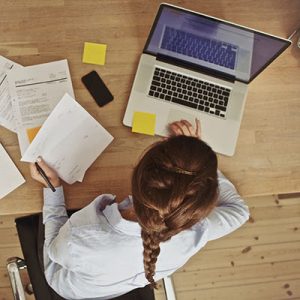 It is not an exaggeration that ideas rule and shape the world, but in the place of ideas also comes the place of work. Ideas are meant for everybody, but working on those ideas require extra effort and this doesn’t seem to be for everyone. This makes me remember a story i heard sometimes back.

My friend kenny told me a story that years ago when he was a fresh secondary school leaver and a web development enthusiast, he had an idea of a video calling and Chatting app but couldn’t work on it, he seemed not fully convinced about it at first too, and he didn’t have resources at his disposal.

Months later, the video calling app Zoom came and my friend marvelled at the similarities of Zoom with the idea he had but couldn’t work on. I was surpirsed that day too, and Kenny has vowed never to let ideas slip out of his hands again without working on them

In my conversation with many youths I’ve realised that Ideas live in every heart, but working and determination is not for the fainthearted. I have been wearing that kind of thinking shoe for long without working and it made for just a handful on productive activities.

I decided not to have the ingredient of ideas alone but to add work into the recipe required to have and make things done.

That’s why work is another ingredient to be added to ones life to make it a tasty soup of achievement. It is the recipe that separates achievers from underachievers. Work doesn’t come from nothing, it comes from determination and doggedness.

Imagine what it would feel like for Mark Zuckerberg when he had the idea of Facebook, sure he would have felt good, elated by the bright light shining into his head.

If he had only locked himself up in his Harvard dorm, jumping, shouting and feeling himself without working on his idea, he probably wouldn’t have done it or made it happen. Sure we might have had Facebook, but it wouldn’t have been the one created by Mark but from another person that had the idea and worked on it.

The place of work cannot be overlooked because whatever it is we have come to know as innovations in our society came to life not only from ideas but also from the work put into the ideas to make them visible.

You are focused when you stay true to yourself, when you’re aware and work assiduously to make yourself better at whatever good it is you find yourself doing. As students of AAUA we need to utilize the environment we find ourselves in.

HOW TO GET YOUR IDEAS OUT OF YOUR HEAD

You might feel like having ideas and thinking innovatively is like carrying a truck on your head, yeah it’s normal, alot of people feel that way. You only need to change your approach to life and you will see that you are more than what you think you are. 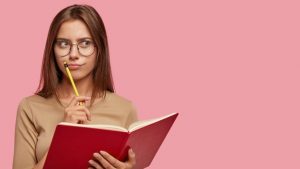 To do this you have to:

I like to do a lot of brainstorming, so remember it is necessary to think outside the box and work on ideas, who knows your idea might be what this country needs to become better and a true world power, it just requires you put in more effort to make it a reality.

You wouldn’t want to have an idea and keep it to yourself thinking you alone have the code to that idea only to find others working on it and making it happen, you’ll be shocked and angry at yourself for procrastinating which shouldn’t be the case. Remember there’s nothing new under the sun.

Don’t be that soup that tastes bad, because it lacks ingredients of the right proportion. Nothing good comes easy, if it were easy everyone will be successful.

Don’t look down on yourself, you can boil like water from zero to hundred degrees in a matter of time, when you put in hard work towards any idea you have in mind. You alone can pick up the pieces of your life and make yourself a master peice. Get those ideas out.