One of the students receiving treatment from the gas explosion on January 23, Esan Oluwatobi has passed on.

Esan Oluwatobi was among the students of Adekunle Ajasin University, Akungba Akoko who sustained injuries in the fatal gas explosion that occurred on Saturday, January 23, a day recognized as Black Saturday for AAUA students as a result of the 3 unfortunate events on the said day. 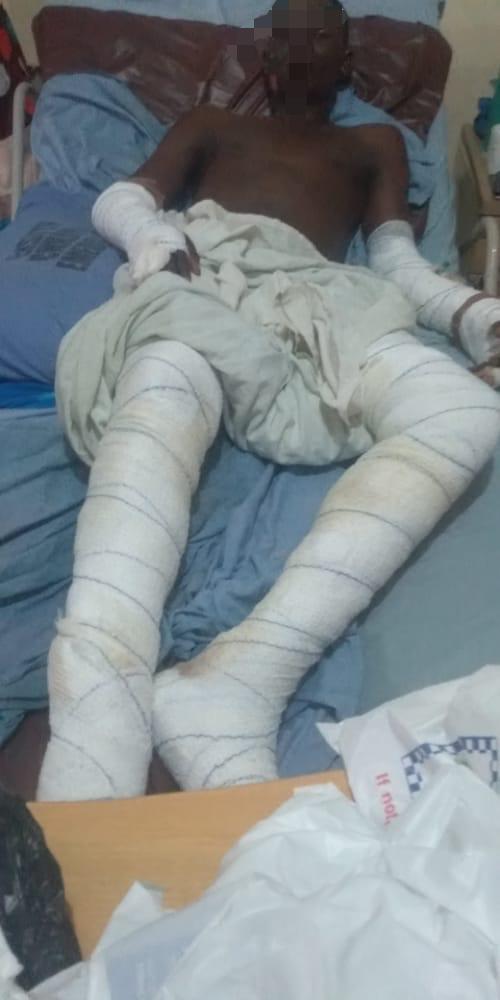 Tobi was immediately rushed down to Federal Medical Center (FMC) located in Owo as the explosion. He subsequently got transferred to Ekiti State Teaching Hospital, Ado-Ekiti where he was responding to treatment until the sad news broke out.

In a condolence message by the National Union of Campus Journalist, AAUA chapter (NUCJ AAUA); the stakeholders were urged to pray to God regarding the University.

“Oluwatobi was one of the students exposed to the gas explosion which occured on January 23. He was reportedly responding to treatment at Ekiti State University Teaching Hospital (EKSUTH) until the early hours of the day.

“We pray for the repose of the deceased and solace for all affected, his family most especially.

“We plead with all stakeholders not to relent in prayers regarding safe proceedings of all activities relating to the institution.

Their counterpart from Faculty of Art (AESA) while describing Tobi as a good son of the association, admonished all to believe in his passage to eternal rest.

“It is with great sorrow and pains that we write to commiserate and condole with you on the death of your son and our colleague, Oluwatobi Esan, who was a victim of the gas explosion that occurred on 23rd January, 2021 and had been responding to treatment.

The news of the passing of our brother and friend to the world beyond came as a rude shock to the entire department in the early hours of Wednesday 3rd February, 2021. We heartily condole with the entire family on this sorrowful incident.

Oluwatobi Esan was, until his death, a proactive member of our dear association. He served in various capacities both within and outside the school campus. Let us take solace in God with the firm belief that he has gone to the place of eternal rest. It is our prayer that the Almighty God would grant the families and the department the fortitude to bear the irreplaceable loss.