To some, one of the best ways to trash mental stress is by listening to music, to others; music is a relieving antidote to activate the mind. Either of these or of more, music is an inevitable tool that cut across every part of human existence.

However, for the realisation of the above reasons, music cannot sing itself neither can it project emotions for people. 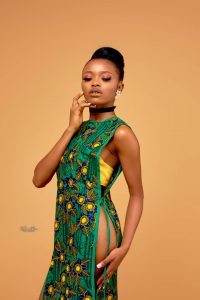 Truly, musicians and artistes flood the street but only a few are popular while some are still upcoming and many have not even started the journey. But whichever category you might know of, the central goal of every act is to attain stardom. The additional beauty of this is being versatile and be able to stand the ‘trial’ of music pattern, no matter what or where it is needed for a task delivery.

In everyday life, music is one of the most aired/played sounds in every corner of one’s room, radio stations, on the streets, lounge and bars and even in religious institutions. This indicates that music, or entrainment generally, has become an important part of human existence just like food, clothing and shelter. The relevance of it we all know is important. 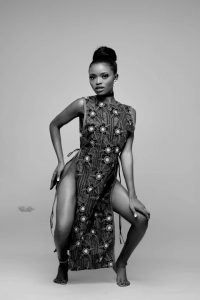 One of the artistes fitting into this is a graduate of one of the tertiary institutions in Ondo State, Nigeria, who has been topping the game – making sure she’s up to date with the contemporary style of music and also give to her audience the best quality of songs with a creative lyrics, as she moves further into the entertainment industry.

An important point of concentration for everyone who has watched the CITATION movie by Kunle Afolayan is, the soundtrack written and performed by Abosede Peace, a graduate of Earth Science (Geology), 2018, Adekunle Ajasin University, Akungba-Akoko, Ondo State. Did you just say music does not relate with course?

According to reactions on Twitter, one of the most anticipated parts of the movie is the release of the soundtrack “Sometimes” in the citation movie.

In Nigeria today, appearing on Netflix is a huge feat, which Abosede Peace has done, to write such a tranquil soundtrack that fits into the movie plot and everything about it.

Abosede Peace, the august voice behind that soundtrack, is an angel with the voice to put stress off your face and make you feel anew.

Taking a journey of an adventure with the singer started when she was on campus as an undergraduate. Her single “Durojaiye” projected her beyond the four walls of the University, gaining massive airplay and downloading. 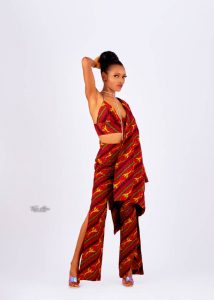 Abosede Peace, who presently has three released songs including Durojaiye and 6-11, currently has a whole lot to offer. With many unreleased songs, believe me, you will be more excited when it pops up on your phones as your favourite.

Her single “No Means No” centres on a campaign against rape in the society and what has been projected in the movie, Citation has well.

Abosede Peace (@TheAbosede) has actually revealed she has more potential embedded in her as she prepares to break records and create new ones.

Writing and performing the CITATION movie soundtrack is just the beginning of Abosede Peace.