The Student Union executive members of AAUA has presented a poetry competition in honour of  late Adesomoju ‘Sampraise’ Samuel, a former Student Union president, who died in a ghastly accident on January 23, 2021.

The event of January 23, 2021 will remain significant in the history of Adekunle Ajasin University, Akungba-Akoko, most especially in the Students Union, being a very relevant organ in the university, devoted to welfarism of the students.

A tragic accident had occurred, and took away dear lives of some of students, among was the former Students’ Union President, Comrade Adesomoju Samuel Tobi (Sampraise).

This is straw that broke the camel’s back, considering incessant of similar tragic accidents. It sent a strong signal throughout the nooks and crannies of the country, and the Students’ Union especially have tighten her girdle through several advocacy to prevent such painful occurrence.

“In memory of our former President, the Students’ Union leadership, through the office of the General Secretary is organizing a poetry competition”. 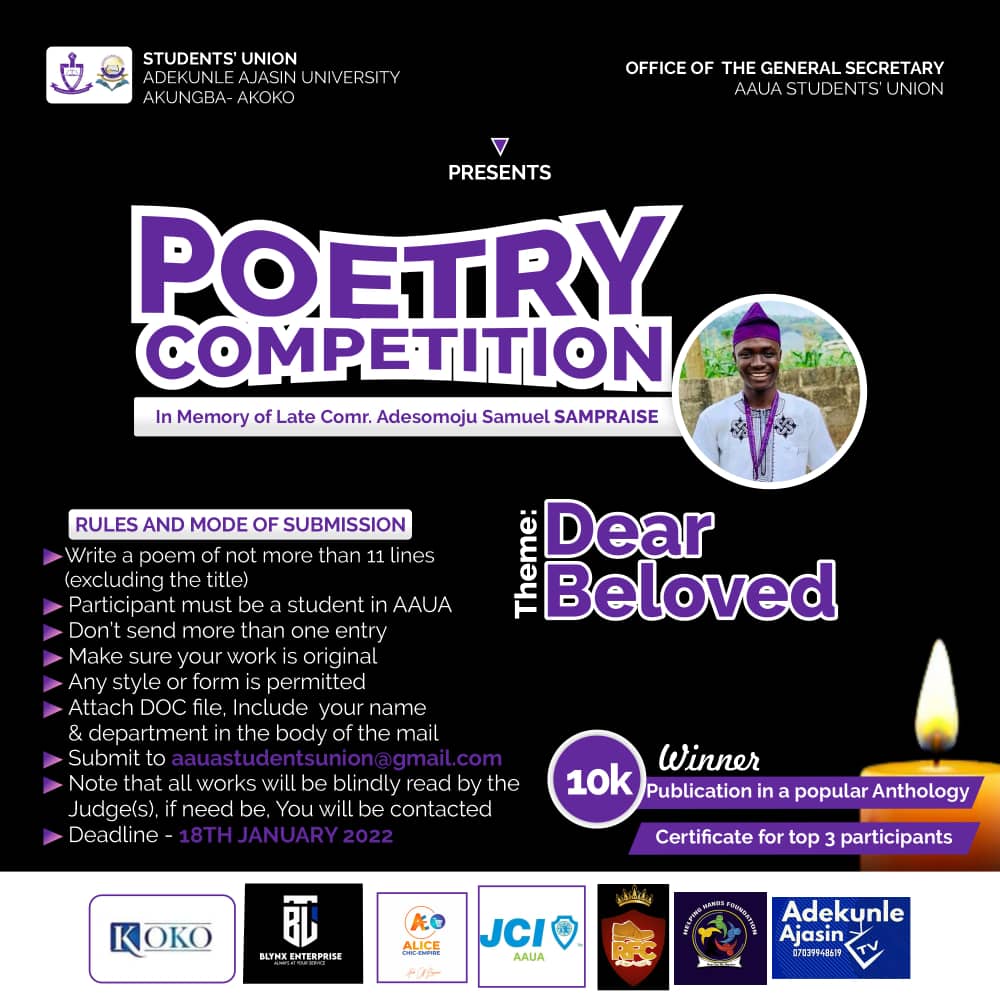