Students of Adekunle Ajasin University, Akungba-Akoko, Ondo state, has on the 20th of July 20, 2021, staged a peaceful protest of not allowing heavy trucks known as trailers to ply through the Akungba road.

The protest they called “SAY NO TO HEAVY TRUCKS IN AKUNGBA” was a result of recent accident cases recorded on the road.

It will be recalled that on the 31st of October, 2020, an accident occurred on the road which claimed lives. Also, on the 23rd January 2021, another accident occurred very close to the school main gate of the institution, which killed students and traders.

Among those killed in the accident were the immediate Students’ Union President, Adesomoju Samuel Tobi; Business Administration President, Oluwaseun Ojinni and her other two siblings and more lives lost to the unfortunate incident.

The students however chastise the Student Union body of the institution led by Obagunwa Segun Daniel, for negligence, unconcerned and absence at the protest and what affect the students he govern.

In an exclusive interview with students of the school, they decry the slow intervention of the government of ensuring trucks do not have access to ply the road by saving the lives of the students and community residents.

Moses Kenny, a 300 level Sociology student of AAUA said the motive for the protest was to ban trucks from plying the road as the barricade was earlier erected in January to curtail accidents on the road but was destroyed by unknown persons.

Responding to questions on what the school management has done to ensure accident cases are reduced on the road, Kenny said, “The School management made a closure on the main gate to prevent students from flooding the deadly route.”

It was learnt that a military vehicle arrived on the scene and arrested some students during the demonstration.

He was however disappointed that the Student Union executives were nowhere to be found during the protest and also to intervene in the arrest of some of the students by security agencies.

“It was so shameful that the AAUASU couldn’t not be in our aid yesterday. Well, the Dean of Students Affairs (DSA) and some students went to intercede for the release of the arrested students.”, Moses Kenny said.

Another student, Seyifunmi Francis Adeosun known as Francophone who is in 200 level said, the reason for the protest was to prevent another accident that might happen due to the influx of heavy trucks.

Narrating the arrest of some students during the demonstration, Seyifunmi described it as “a show of shame” from both the Police and the Army even as the Student Union and school management has done nothing to ensure another accident did not occur on the road.

“It was a show of shame both from police and the Army. When the protest started, the police came around and they asked us to call it off because there may be violence. We told them there will be nothing like that, they themselves were with us and could witness to the fact that there was relative peace.”

“Unfortunately, few minutes later, the army came, drove in carelessly, and took some of our students away, chasing us like criminals. The most unfortunate thing was that the police were there laughing at us.”

Describing the success of the protest, Seyifunmi said the students and residents of the community currently live in fear because the trucks have refused to cease passing the road.

“I can’t say the protest was a success of any kind because as I speak with you, trailers are passing in their numbers. But it will be on the record, that we made known our plight,” said Seyifunmi.

In his opinion as what he expects the school, government, and community to do in ensuring the road is safe for all, Seyifunmi advocates for dualization of the road because of its narrowness and also advised that the school should protect the students.

“On the part of the government, giving a proactive approach is the best, work on the road, better still, make move to dualize it.”

“On the part of the management, they should know that the lives of the students are in their hands and as such must be ready to protect them.”

“The community as well should remember that accident doesn’t choose their victims, they should stop collecting money and stop opening the barricade.”

In pictures received by AAUA Insider contributor, a truck driver who was stopped during the protest but refused was given a hot chase from the protest ground in Akungba to where he was caught at a military checkpoint in Owo, a neighbouring town. 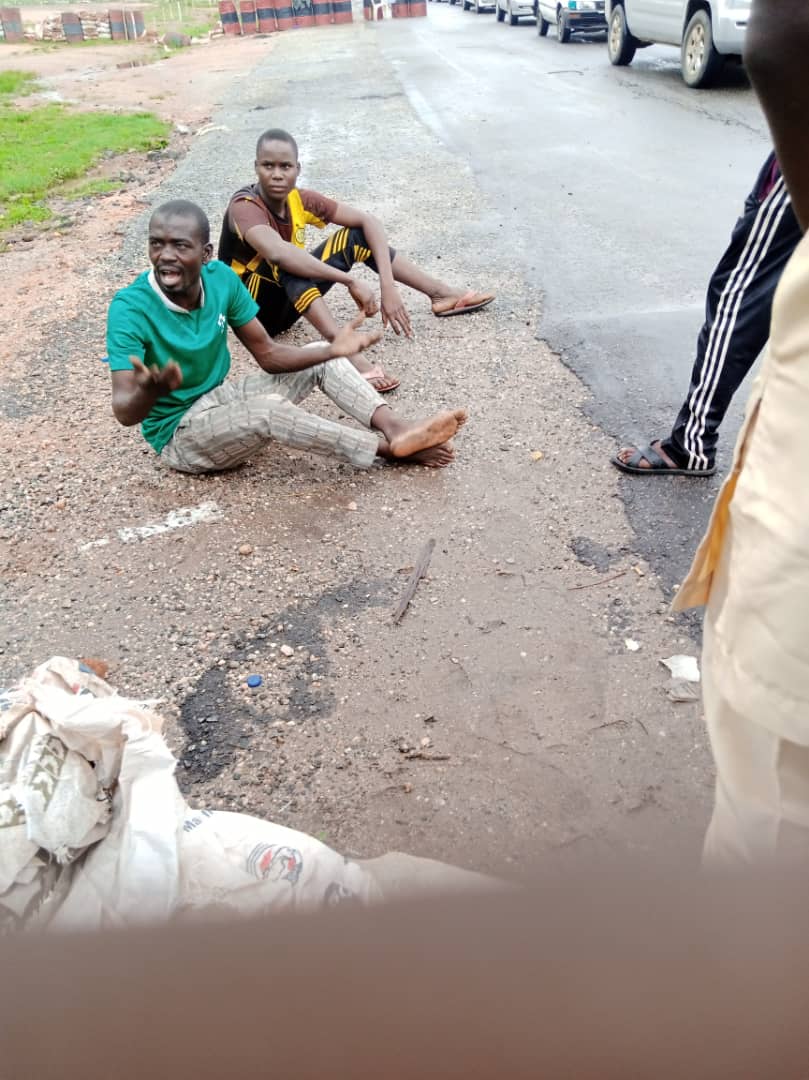 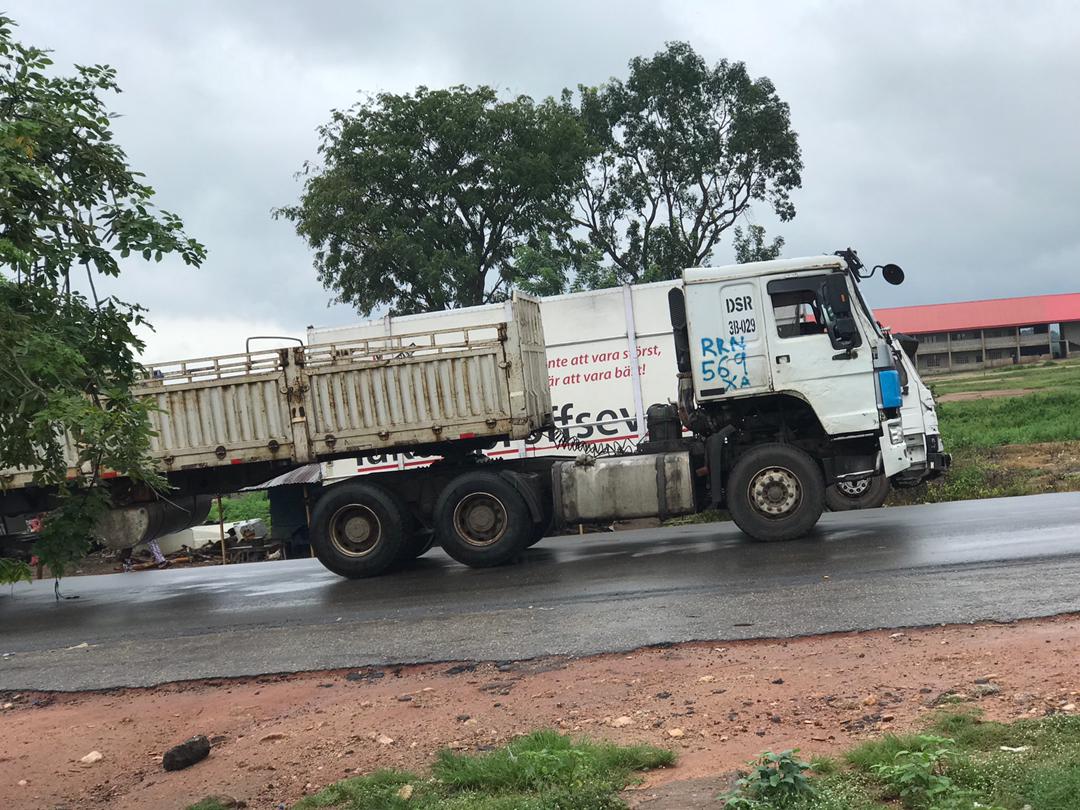 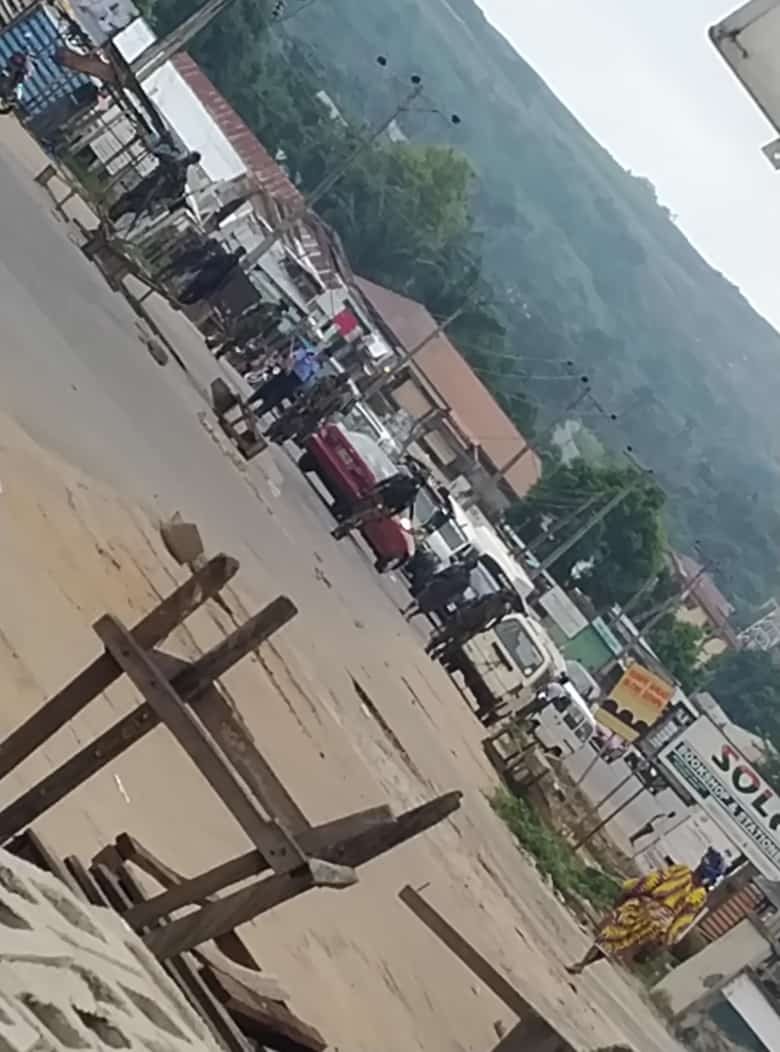