The Editor-in-Chief of AAUA Insider, Oluwatosin Ologun, has emerged as a finalist of the Campus Journalism Awards (CJA) 2021 edition.

Oluwatosin was announced as one of the successful 30-man finalists for this year’s edition of the awards.

According to the organizers, a total of 304 entries were received from over 50 institutions in the country and the finalists emerged from fifteen tertiary institutions in Nigeria, who cut across 15 categories of the awards.

This was done after a scrutiny of the entries received by the screening committee.

In his reaction to the final shortlist, Oluwatosin said he would have loved if other members of AAUA INSIDER made it to the list.

According to Alfred Olufemi, who headed the committee, the entries were graded based on merit but said some of those categories were very competitive.

“The quality of the entries received shows that journalism in the students’ space has gone beyond what we used to have in the past. Students did excellent reporting, investigations and insightful features.

“The awardees for the Campus Journalism Awards will be announced at Hotel 2020, Wuye District, Abuja on Saturday 11th December, 2021 by 3pm prompt,” he added.

The theme for the 2021 CJA is “The Role of Media in Troubling Times”.

Read This:  The Evil Called 'Suicide': Some of the Challenges and Practical Ways to Avoid it | By Comrade Adegbeyeni 'Barryfem' Oluwafemi

Below are the finalists and their institutions: 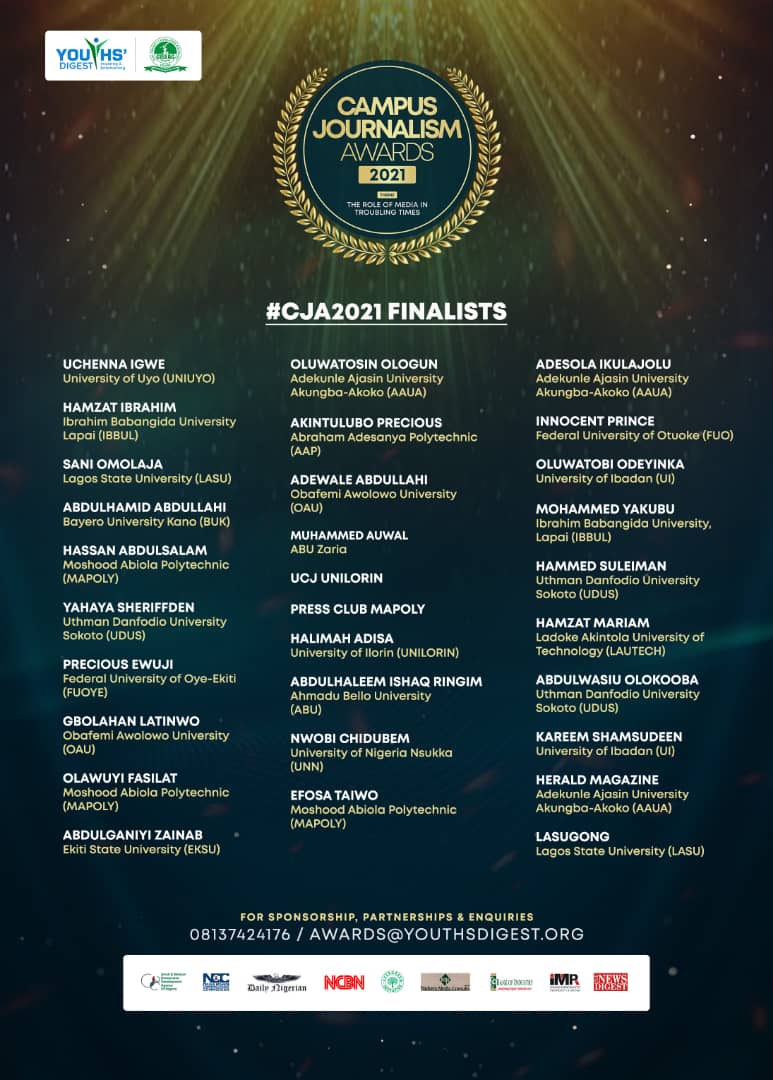